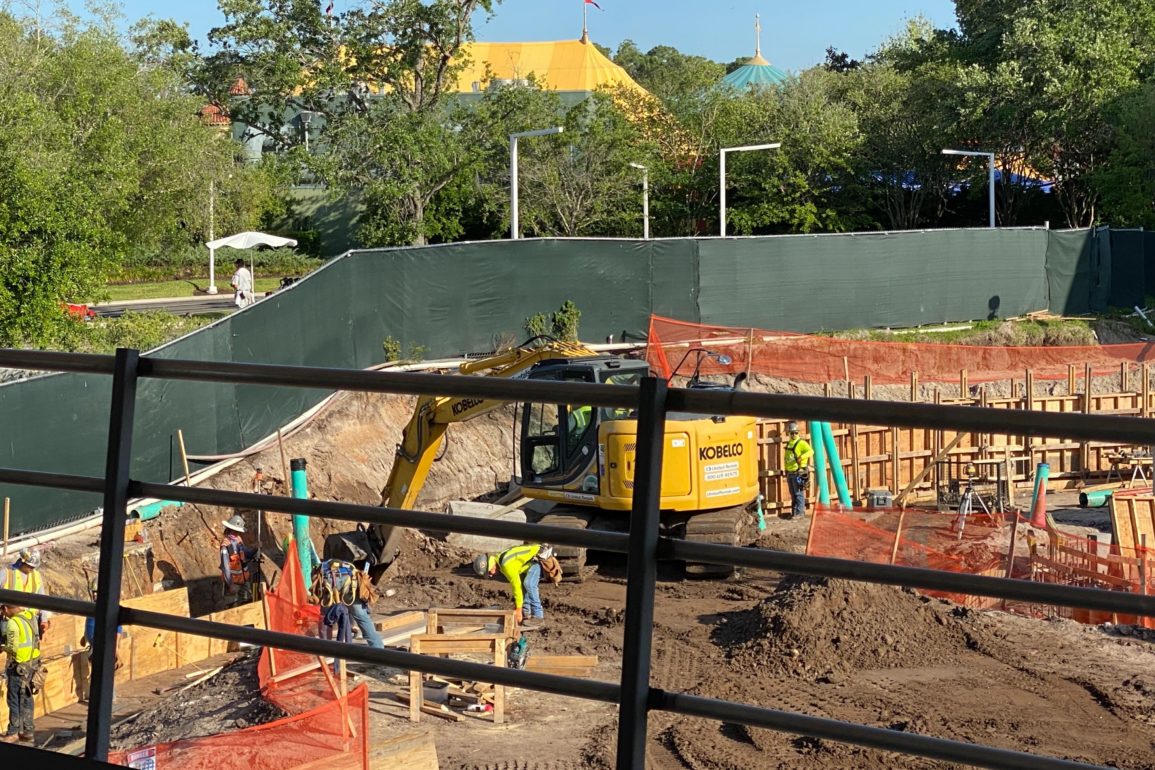 More canopy pieces have been added to the exterior portion of TRON Lightcycle / Run at Magic Kingdom and work continues on the entrance to the attraction.

Crew members in three scissor lifts were working on the canopy framework leading to the entrance.

The green sheathing at the main entrance has been covered with black sheathing.

Some green and grey sheathing is still visible on the show building to the left.

Below the coaster and canopy is the tunnel for the Walt Disney World Railroad.

There are two walls on this side but not yet a rounded ceiling.

One wall ends with rebar sticking out of it, suggesting it will be expanded further.

There are square openings inside the tunnel.

A crew member was laying a yellow sheet down at the front of the tunnel when we rode by on the PeopleMover today.

The second wall ends with a finished slant, so this may be where the actual tunnel will end.

Other concrete walls have been constructed on the ground near the walkway connecting the coaster to Tomorrowland.

These walls are ostensibly for a second walkway to go beneath the first.

Crew members were working behind a wooden wall.

New strips have been added this week, leading up to the framework’s high point near the show building.

the temporary blue netting remains until the final canopy pieces are installed.

We could see a crew member working on the canopy.

TRON Lightcycle / Run was originally scheduled to open for the 50th anniversary of Magic Kingdom but was significantly delayed, at least partially due to COVID-19. It may not open until next year.