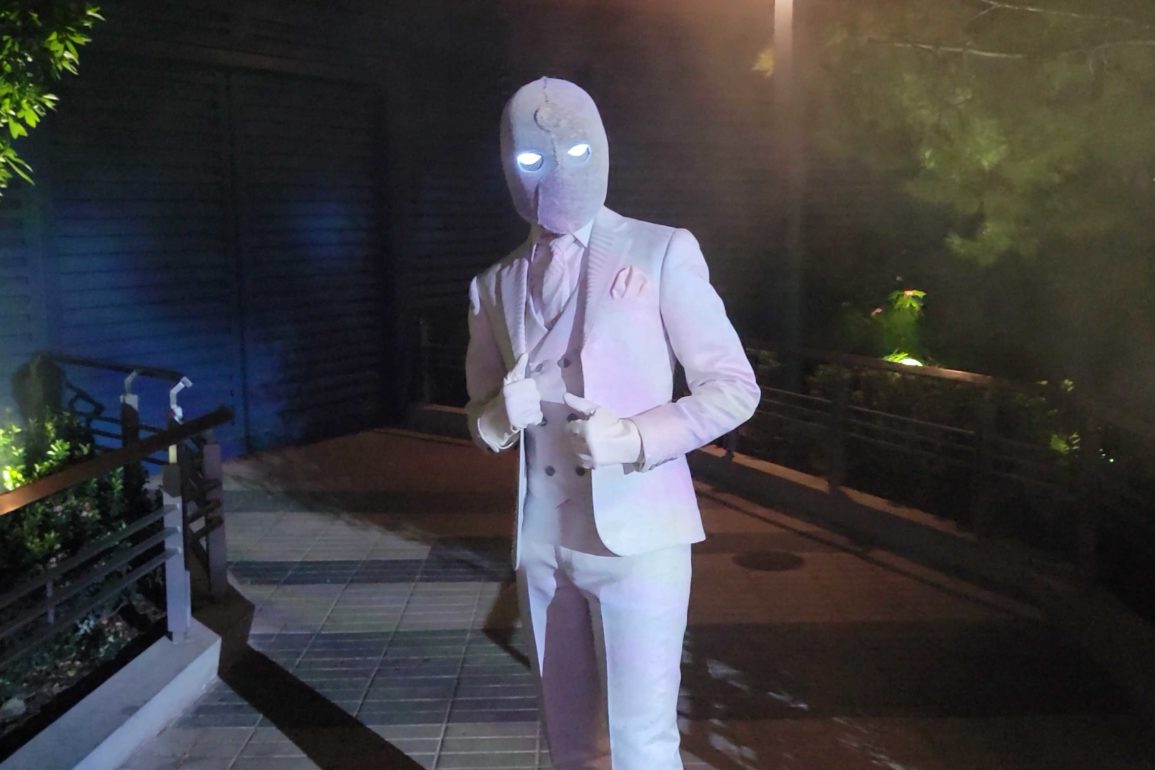 We first got a glimpse of Moon Knight making his nightly appearances at Avengers Headquarters. But now, you can also meet Mr. Knight, a.k.a. Steven Grant from “Moon Knight,” at Avengers Campus in Disney California Adventure.

We don’t want to spoil “Moon Knight” too much for anyone who hasn’t seen the first two episodes of the new Marvel show yet.

But Steven Grant is one of the many “personalities” of the main character. And Mr. Knight is his version of the Moon Knight superhero.

He showed off his fancy suit to us and spoke in his very thick British accent.

You can spot him nightly in Avengers Campus when the sun goes down.

Watch our video of our full interaction with Mr. Knight below: