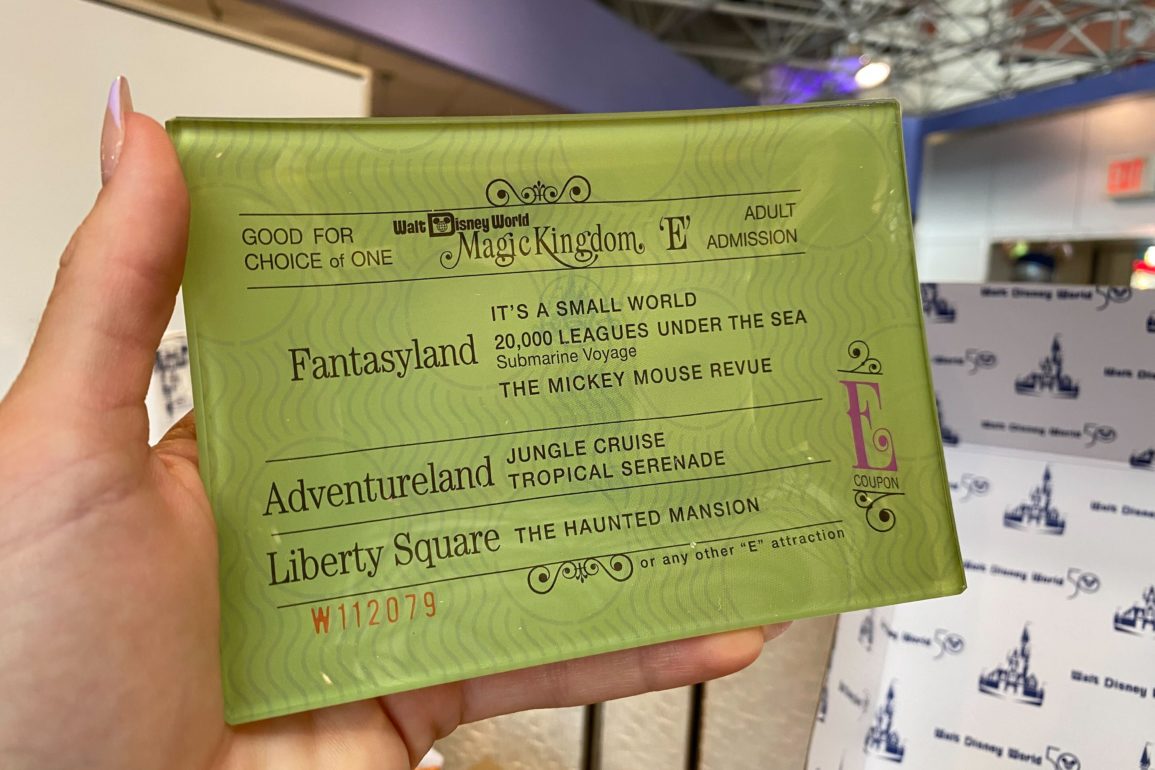 The box — decorated with the Vault Collection Cinderella Castle logo — is labeled as coasters, but they seem more like trays to us.

There is a description of the Vault Collection on the box.

The set includes five trays for tickets A through E.

E-ticket attractions were the most popular and the term is still used to refer to the cornerstone rides of each park. This tray is green and lists “it’s a small world,” 20,000 Leagues Under the Sea, The Mickey Mouse Revue, Jungle Cruise, Tropical Serenade, and The Haunted Mansion.

The glass trays curve inward, which is why we think they are better suited for trinkets than drinks.

This yellow ticket is for “D” attractions, including the Walt Disney World Railroad/Grand Circle Tour, Skyway to Fantasyland and Tomorrowland, Flight to the Moon, Country Bear Jamboree, The Hall of Presidents, and the Admiral Joe Fowler Riverboat.

The off-white “B” ticket could be used for the Main Street Cinema (now a store housing the Vault Collection), Frontierland Shootin’ Gallery, Mike Fink Keel Boats, and Swiss Family Treehouse.

Finally, the “A” ticket was used for the omnibus, horse-drawn street cars, and other Main Street vehicles, as well as Cinderella’s Golden Carrousel (now the Prince Charming Regal Carrousel).

Will you be taking home these trays/coasters? Let us know how you would use them in the comments.