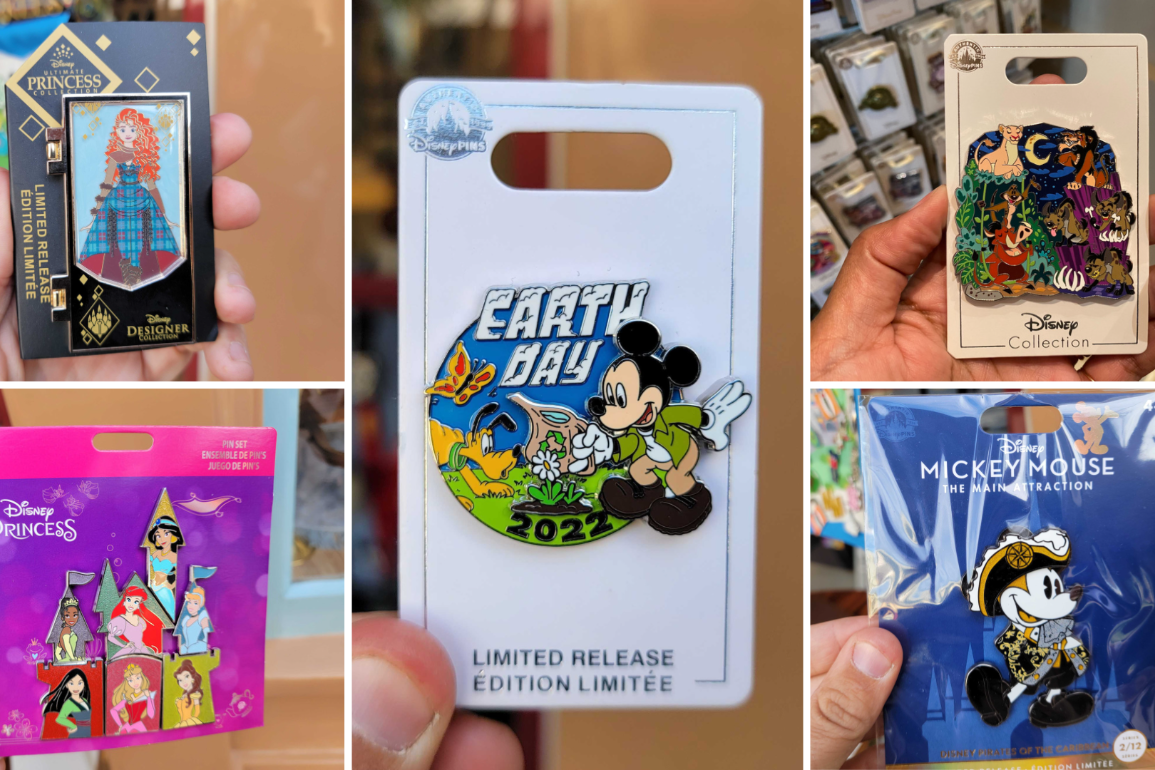 A plethora of new pins, both open edition, and limited release, have arrived at Disneyland Resort. We found most of these in the 20th Century Music Company at Disneyland Park.

This pin features the Cheshire Cat sitting on a tree branch with a dark sky in the background.

This square pin shows Merlin placing a crown on Wart, a.k.a. King Arthur.

This pin features Nala, Timon and Pumbaa, Scar, and the hyenas from “The Lion King.”

The Merida doll from the Disney Designer Princess Collection inspired this pin.

It resembles a display box with a clear window on a hinged front.

Inside, Merida is wearing a plaid designer dress.

Information about the designer, Wes Jenkins, is on the backing card.

For Earth Day 2022, guests can grab this limited release pin featuring Mickey and Pluto with flowers.

This pin is part of the Pirates of the Caribbean series of the Mickey Mouse: The Main Attraction collection. It is Mickey dressed in black and gold pirate clothes.

This set includes seven pins, each featuring a different princess: Jasmine, Tiana, Ariel, Cinderella, Mulan, Aurora, and Belle. The pins create a castle shape when next to each other.

Finally, this pin is silver, with the “Beauty and the Beast” logo in red script next to the Enchanted Rose and the enchanted mirror.

Belle, in her yellow dress, appears in the mirror. This pin was in Julius Katz & Sons at Disney California Adventure.