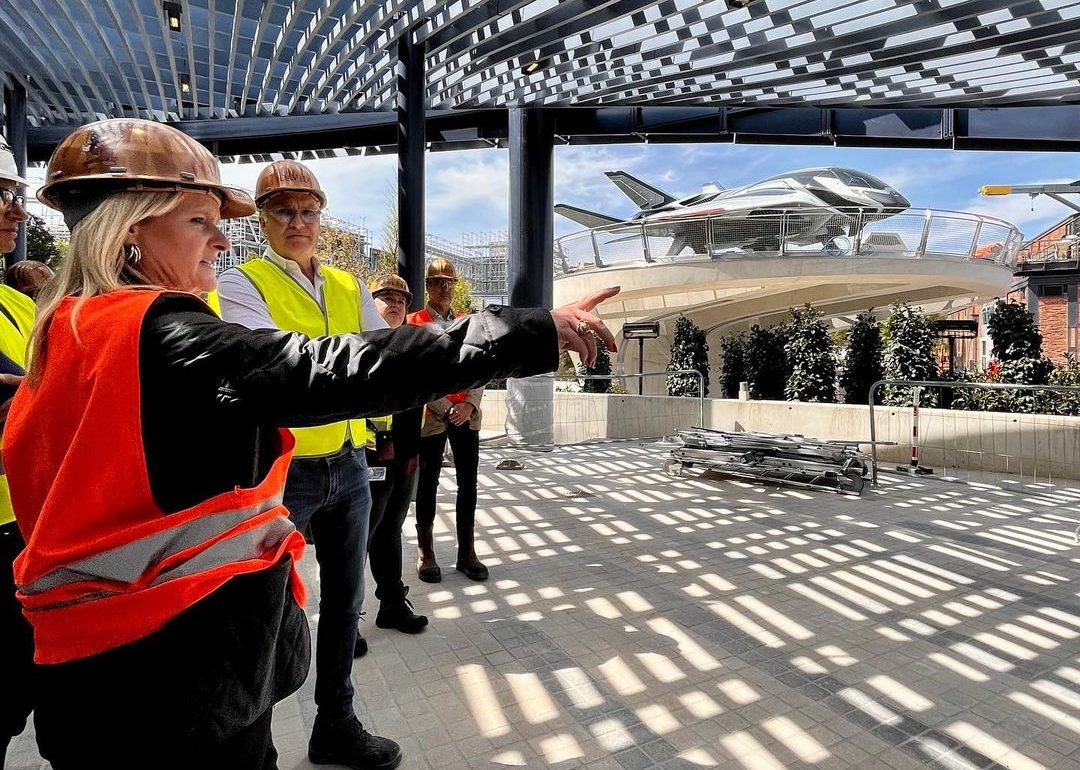 Rafalski wrote on Instagram, “I just came back from the Avengers Campus site and let me tell you, it’s really coming together! My management team and I met up with [Walt Disney Imagineering] Marvel Portfolio Creative Executive Scot Drake as well as other Imagineers from Paris and beyond who gave us the latest on the Avengers’ next recruitment center. I hope you’re getting ready, because this summer a new chapter of the Marvel multiverse will come to life and we’re counting on YOU to release your inner super powers!”

Construction isn’t quite complete, but Rafalski shared photos showing the WEB logo and the Quinjet.

Have you visited Avengers Campus at Disney California Adventure or will you be visiting in Paris? Let us know in the comments.