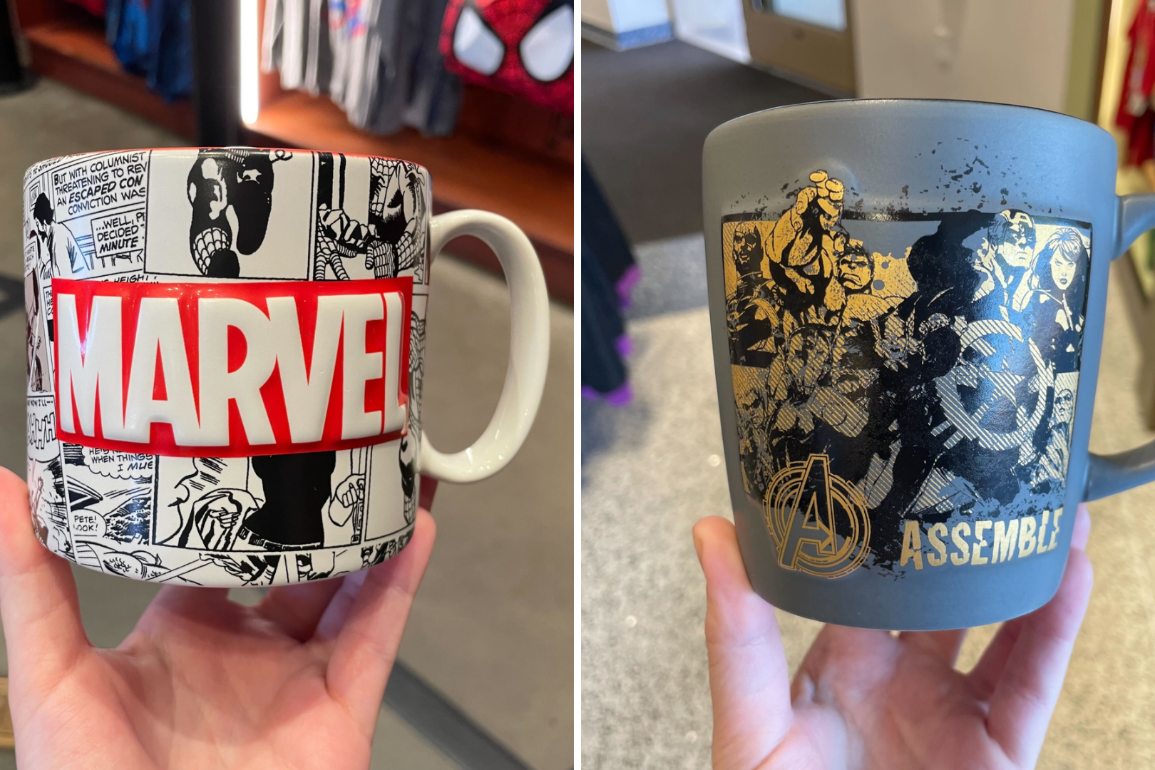 Every superhero needs their coffee. Two new Marvel mugs — one inspired by general comics and the other inspired by the Avengers — are now available at Universal Orlando Resort.

This mug was in Five and Dime at Universal Studios Florida.

It’s mostly black and white comic strips, but the Marvel logo is in red and white on both sides.

The inside is red.

This mug was in Universal Studios Store at CityWalk. It matches Avengers shirts we found last month.

It’s a grey color, with some of the Avengers pictured in a black and gold design. It features the Avengers logo and “Assemble” in gold too.

The Avengers logo, with lines jutting out from it, is pictured on the other side.

The inside of the mug is black.

Either one of these would be perfect for a morning cup of coffee while reading a new edition of The Daily Bugle.

Next
World Nature Planter Wall Currently Being Reconstructed at EPCOT