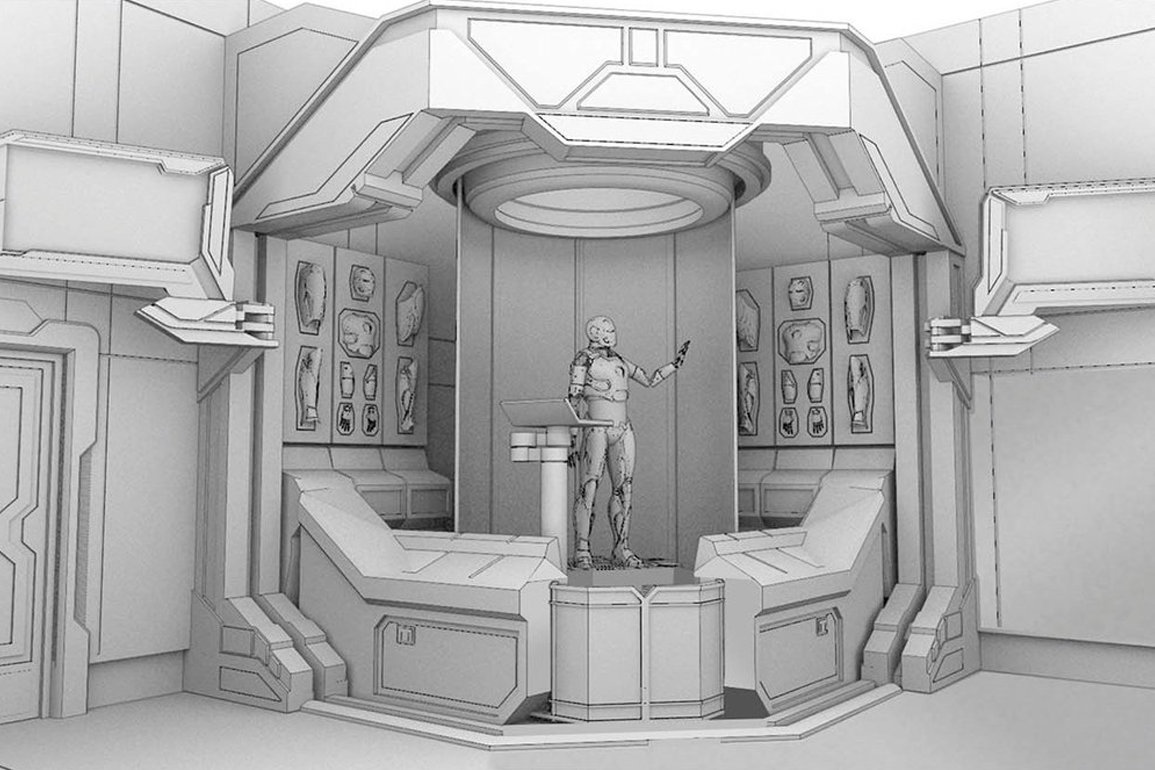 During the 30 years at Disneyland Paris Panel, Imagineer Björn Heerwagen confirmed that the Iron Man Coaster, tentatively titled Avengers Assemble: Flight Force, would have a “next-gen” audio-animatronic Iron Man in the queue.

The figure will be all-electric, the first of its kind at Walt Disney Studios Park, and features 43 different functions.

Outside, F.R.I.D.A.Y. will talk to you throughout the day through the dynamic LED façade. Check out a video of the screen testing here.

Avengers Campus at Walt Disney Studios Park in Paris is set to open this summer, but the resort has not set an exact date. We reported earlier today on the coaster’s name, which leaked before the broadcast.

Are you planning to visit Disneyland Paris to see the new Avengers Campus? Let us know in the comments.