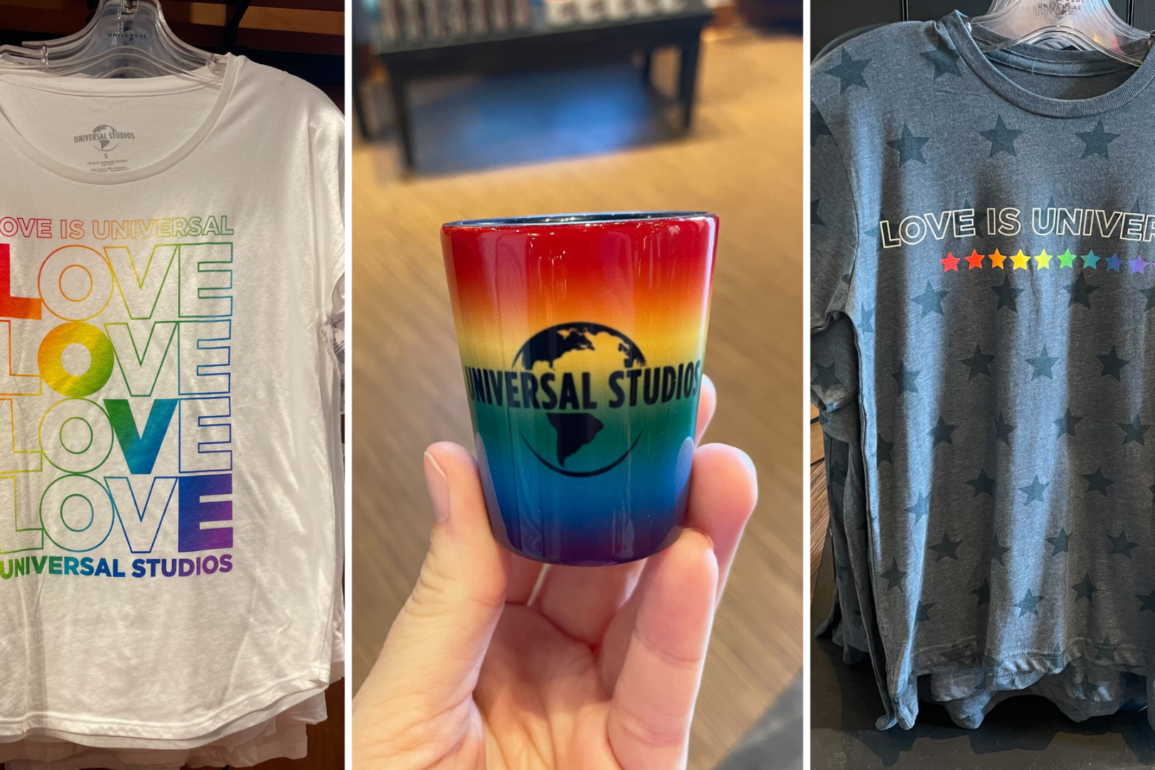 Universal Orlando Resort released more of their 2022 rainbow pride collection. We found a mug the other day, and they now have three shirts and a shot glass, all available in Islands of Adventure Trading Company.

This tee is heather grey with darker grey stars patterned over it.

The front reads, “Love is Universal” above rainbow stars.

“Universal Studios” is rainbow-colored, while the rest of the letters are white outlines.

This white tee also reads “love is universal,” followed by “love” four times and “Universal Studios” at the bottom.

The lettering is all outlined in rainbows, with one letter of each “love” filled in.

This tee is also heather grey, with a black neckline and black at the end of the sleeves.

It reads “Universal Studios” and “Love” in the center. “Love” is in larger letters made out of a rainbow, with a star in the “o.”

“Universal Studios” is in black letters with a rainbow outline.

This shot glass is covered in an ombre rainbow, with the Universal Studios globe logo in black on one side.

The interior is black.

Watch our video tour of the merchandise:

Despite donating to some of the lawmakers behind Florida’s “Don’t Say Gay” bill, Universal has not faced the same level of controversy as Disney and has remained silent on the issue.