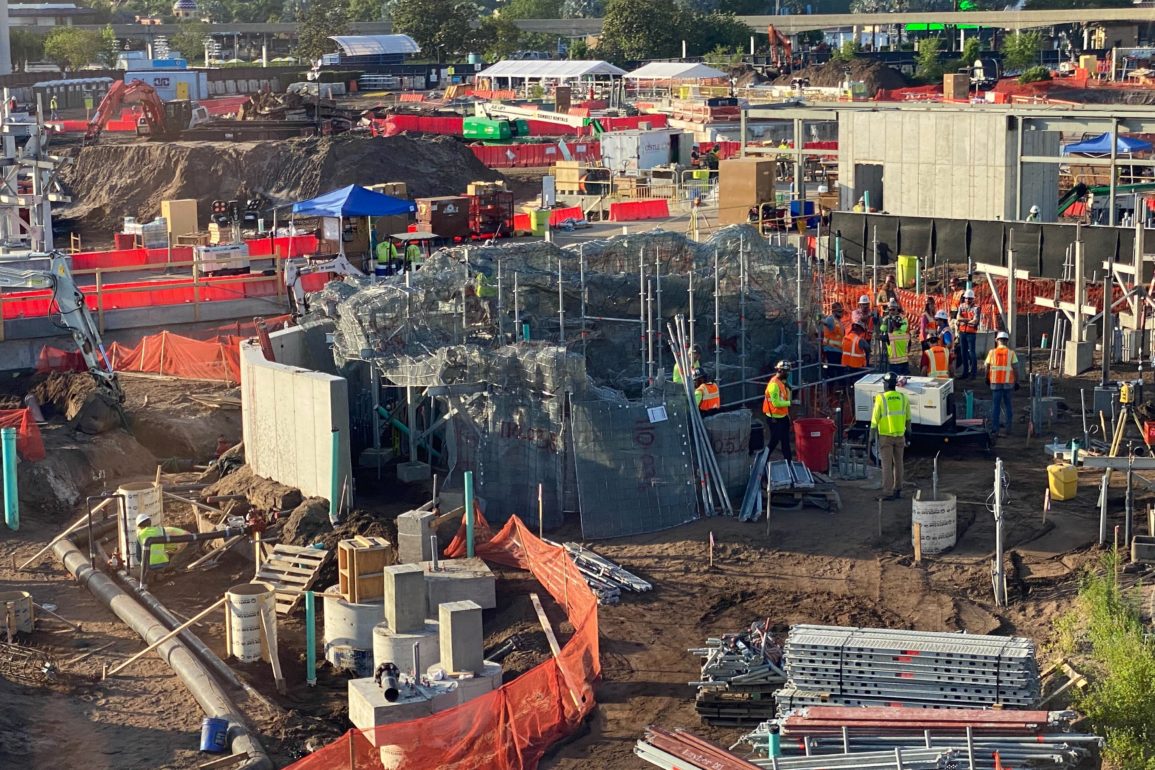 As we approach the openings of Guardians of the Galaxy: Cosmic Rewind and Connections Café and Eatery, we’re seeing less construction at EPCOT. Walls remain up, however, around the center of the park, where Journey of Water Inspired by “Moana” is being built.

From the Monorail, we could see the framework of a tower-like structure on the side of the new attraction.

There are several concrete walls and square structures, but this is the tallest so far.

As the Monorail pulled through World Nature, we got a better look at the entire construction site.

New metal poles have been installed on and around one curved wall.

Behind the wall is the new tower, sitting on a concrete base with a small wall on one side of it.

It’s possible this tower will be turned into the tall rock structure seen in concept art for the walkthrough attraction, seen below.

The attraction will have interactive water features, and the concept art shows the wave symbol of the heart of Te Fiti lit up on a rockface.

At least as of right now, the topography of Journey of Water includes small hills and ditches.

We saw crew members around the curved wall and in the ditch, seemingly moving a piece of a pipe.

Several diggers and cranes are throughout the construction site.

There is one large structure and two short walls inside a ditch surrounded by net fencing.

In the background, the small square structure is surrounded by scaffolding and has been painted black.

There is no opening timeframe announced for Journey of Water Inspired by “Moana.”