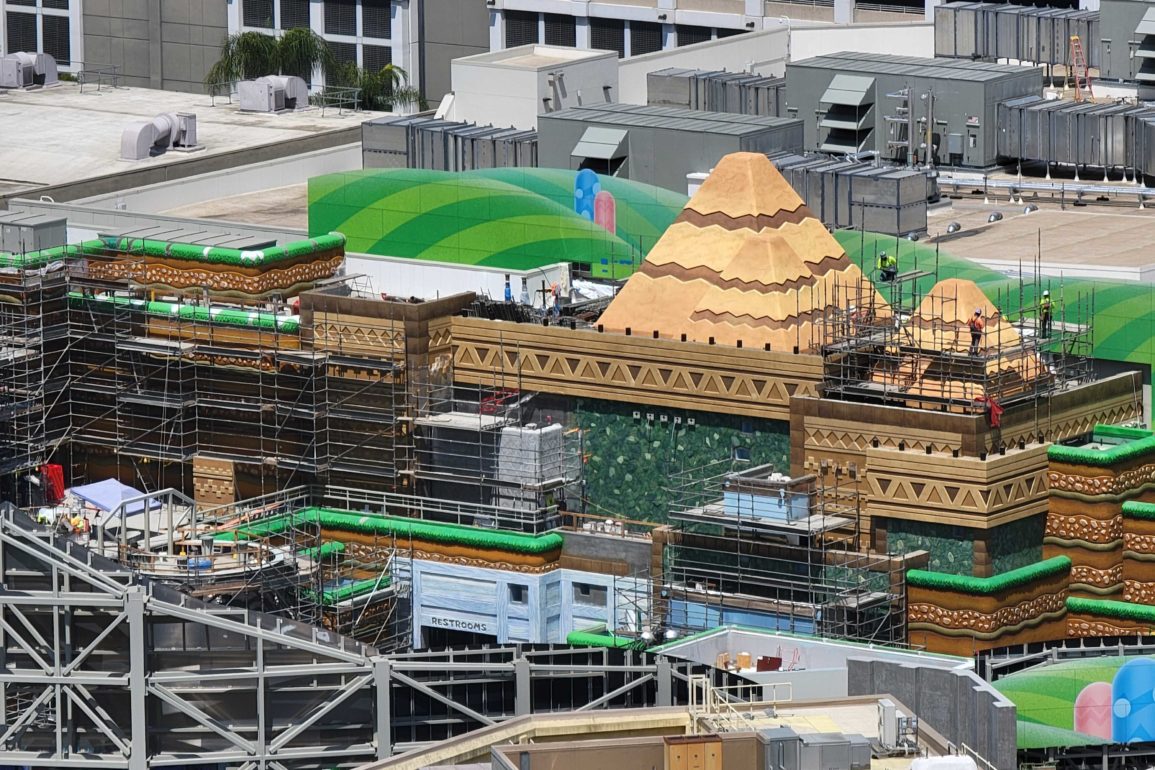 Brown pyramids were uncovered at the top of the land.

Guests will enter through a tunnel near the Transformers ride.

Some purple and blue weather-proof sheathing is still visible, but many walls have been covered with panels resembling dirt, rocks, and green grass.

There are four pyramids, two of which have been completely uncovered. The other two are surrounded by scaffolding, and crew members were working on them recently.

A restrooms sign is visible on the ground level of the land.

Bowser’s castle has had the least progress, still covered in exposed sheathing. The shape of the castle ramparts is visible.

We recently saw an American flag atop Mount Beanpole, but it seemed to be missing during this trip.

Super Nintendo World will be opening at Universal Studios Hollywood next year.

Next
Guardians of the Galaxy: Cosmic Rewind Cast Costumes Created From Sustainable Materials