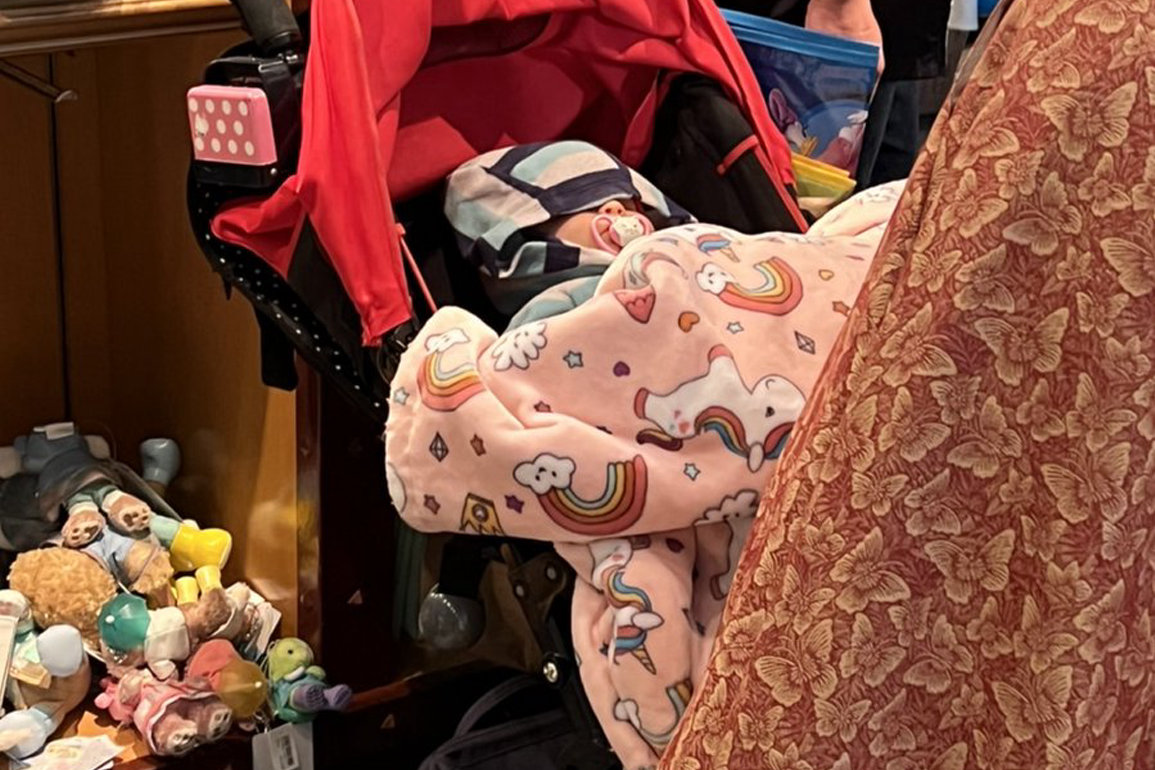 Japan’s All-Nippon News Network shared a story about shoppers rushing to the gate at Tokyo DisneySea more than five hours before the park opened. Many of the shoppers are believed to be resellers, and some are accused of using baby dolls to get around the limit of one per item.

Popular new merchandise was set to debut on April 7, including Duffy and Friends merchandise.

Dozens of shoppers lined up to get a number to enter the souvenir shop.

Shoppers are limited to one of each item per person. However, some shoppers have devised ways around the limits.

One shopper was allegedly found using a baby doll to buy extra items. The clerk determined he was running a flea market site, selling the goods for as much as 3.7 times the cost.

What do you think of the reselling issue at Disney Parks? Let us know in the comments.