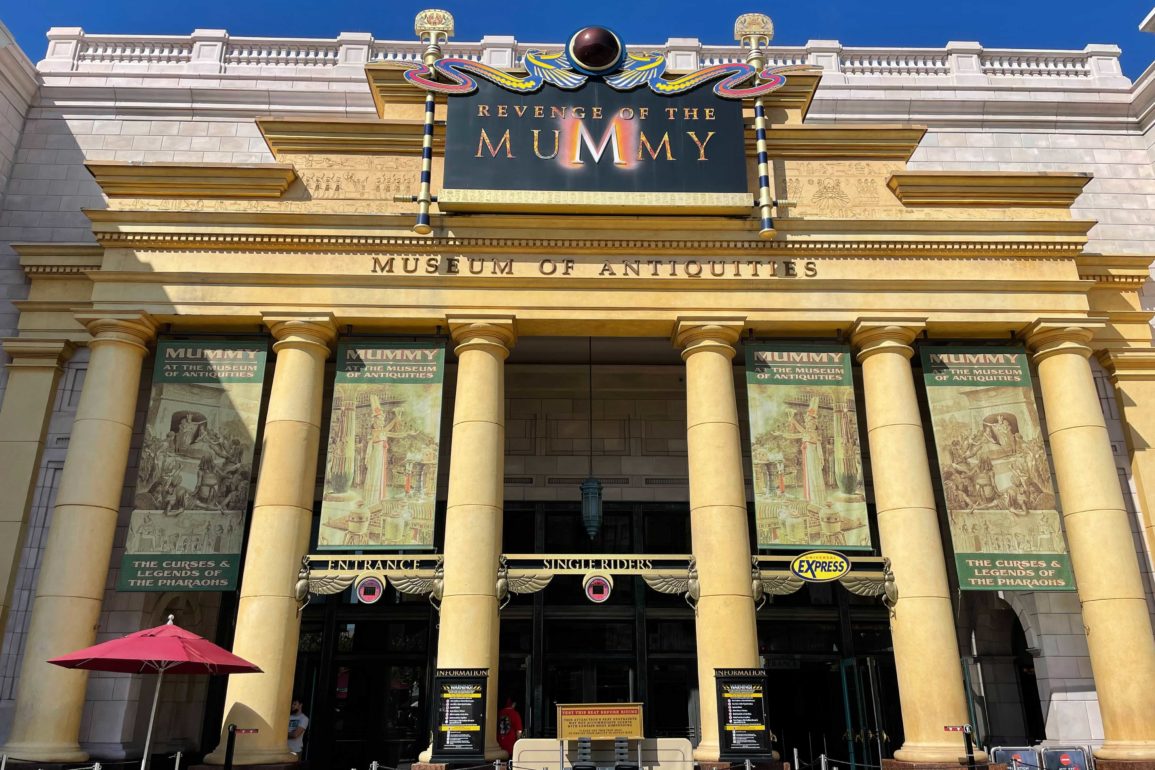 RUMOR: Revenge of the Mummy May Reopen by July 4 at Universal Studios Florida

Revenge of the Mummy at Universal Studios Florida has been closed since January 9 for a “lengthy” refurbishment. It was originally projected to reopen in late summer.

Sources indicate that the refurbishment is moving faster than planned and the beloved attraction may be reopening before the July 4 holiday weekend.

The reason behind the long closure is unknown, though many rumors have surfaced regarding changes to the ride. We thoroughly documented the queue and preshow before the refurbishment began in case some of the rumors come true; you can check out our photo and video tour here. Revenge of the Mummy had already lost some queue space since the primary Tribute Store expanded.

An earlier reopening for Revenge of the Mummy will most likely coincide with an early closure of the Universal Monsters Tribute Store in order to restore Sahara Traders to its former style.

Previous
Construction Carries on During a Blustery Day on the Lot: Universal Studios Hollywood Photo Report 4/12/22