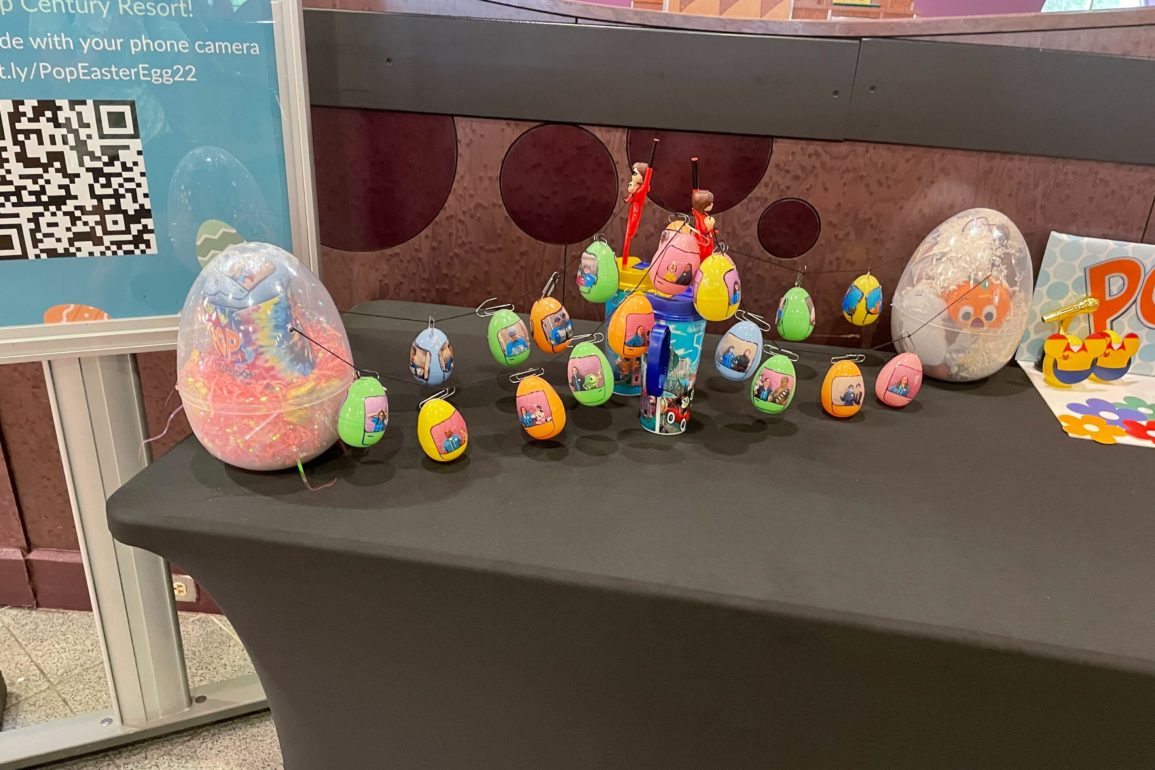 Easter eggs decorated by Cast Members are now on display at Disney’s Pop Century Resort in Everything POP Shopping & Dining.

Guests can vote for their favorite of the egg displays using the QR code or link on the sign.

This first set of eggs is inspired by the Disney Skyliner, which connects to Pop Century.

Each small egg has a drawing of a Disney Skyliner window, with an image of a Cast Member and Disney character inside.

The Skyliner strings are also supported by souvenir mugs and straws.

Next to the Disney Skyliner is a set of eggs inspired by different Cast Member costumes from the resort. Small plastic eggs are wearing Mickey-shaped costumes, including lifeguard uniforms. Some eggs and merch are inside another large plastic egg, and the Pop Century marquee is in the background.

Another large display has several small eggs and one big egg representing members of the Madrigal family in “Encanto.” The large egg represents Abuela Alma, while each of the small eggs is wearing an outfit inspired by another member of the family. A star-covered candle is next to the Abuela egg, and the enchanted casita is in the background.

Finally, this display is made to look like a resort room window looking out at the Disney Skyliner, with white curtains and a “Happy Easter” sign. A large egg is decorated like Mike Wazowski, and a basket holds several smaller eggs decorated like other Pixar icons and characters, including Sulley, the Pixar ball, and the house from “Up.”