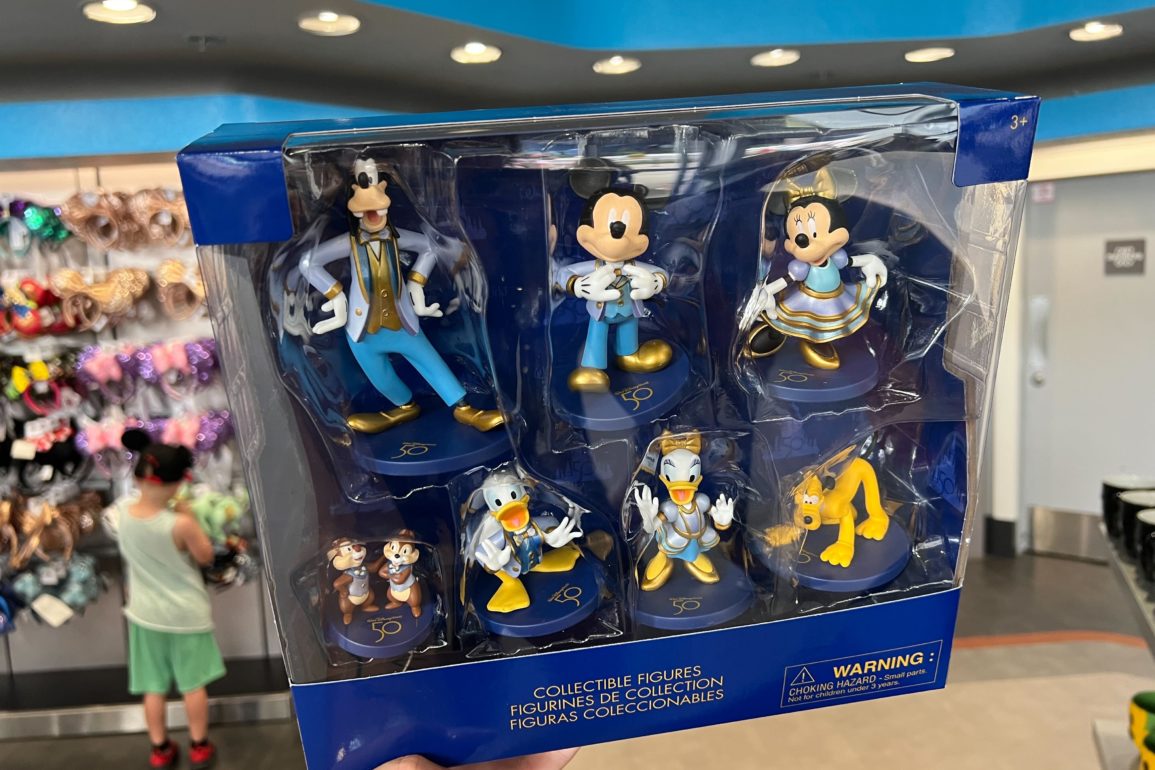 After initially being released on shopDisney, a set of 50th anniversary Mickey and friends figures is now available at Walt Disney World. We found it in Gateway Gifts at EPCOT.

Each character is wearing their EARidescent 50th anniversary costume.

They come in a blue box decorated with golden images of Cinderella Castle and the 50th anniversary logo.

Each figure is on a royal blue base.

The bases also feature the 50th anniversary logo in gold.

The figures are also pictured on the back.

Will you be displaying these Walt Disney World 50th anniversary figures or letting your kids play with them? Let us know in the comments.