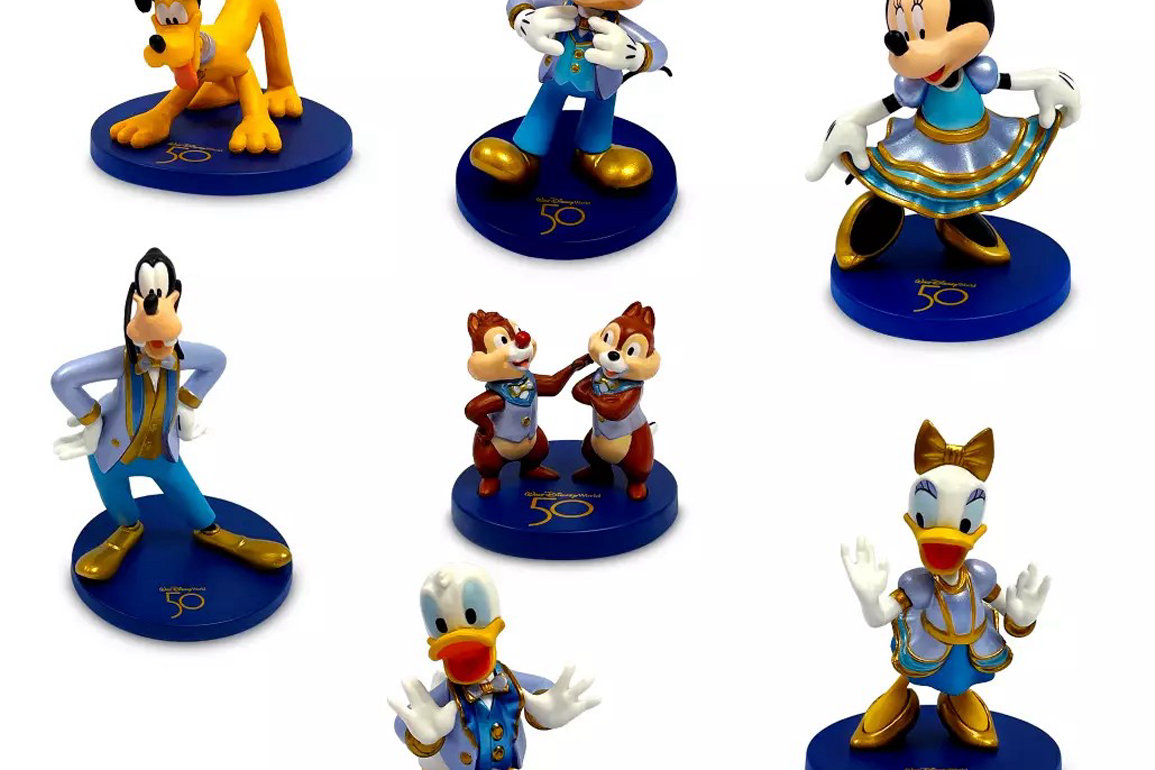 Anyone looking for more ways to commemorate Walt Disney World’s 50th anniversary need look no further than this new set of fully sculpted figures featuring Mickey and Friends. They have recently debuted on shopDisney, and are available now.

The World’s Most Magical Celebration inspires this set of seven fully sculpted collectible figures of Mickey and the gang in their Walt Disney World 50th Anniversary finery. Ready to party?Magic in the details

Will you be adding this WDW 50th Anniversary Mickey and Friends Figure Set to your collection? Let us know in the comments below.