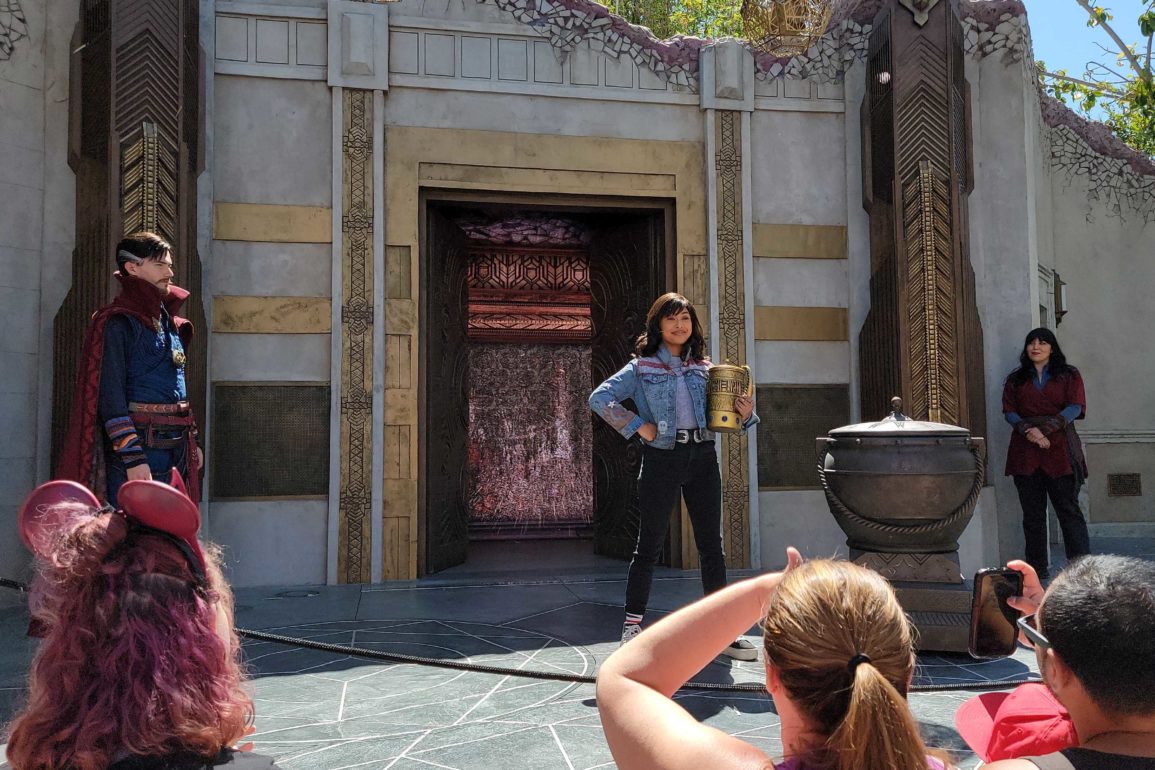 America Chavez, the newest Marvel Cinematic Universe hero, has been added to select performances of the “Mysteries of the Mystic Arts” show featuring Doctor Strange in Avengers Campus at Disney California Adventure. The heroes that show up to help Doctor Strange in the show rotate, but given the premiere of “Doctor Strange in the Multiverse of Madness,” Cast Members told us that America is appearing more frequently at this time.

Doctor Strange calls upon America Chavez to bring him the Spectral Staff to save the Sanctum.

Instead, she turns up with the Urn.

She only sticks around for a minute or so before leaving to check out the Campus.

We’ve most frequently seen Thor and Gamora, but you never know who will come out of the portal (though we’ve found many Cast Members are happy to tell you if you ask). Right now, America is “currently under Doctor Strange’s tutelage,” and will be appearing more often than the other super heroes.

Watch our full video of the Mysteries of the Mystic Arts featuring America Chavez below.

Guest can also meet America Chavez around Avengers Campus for a limited time.