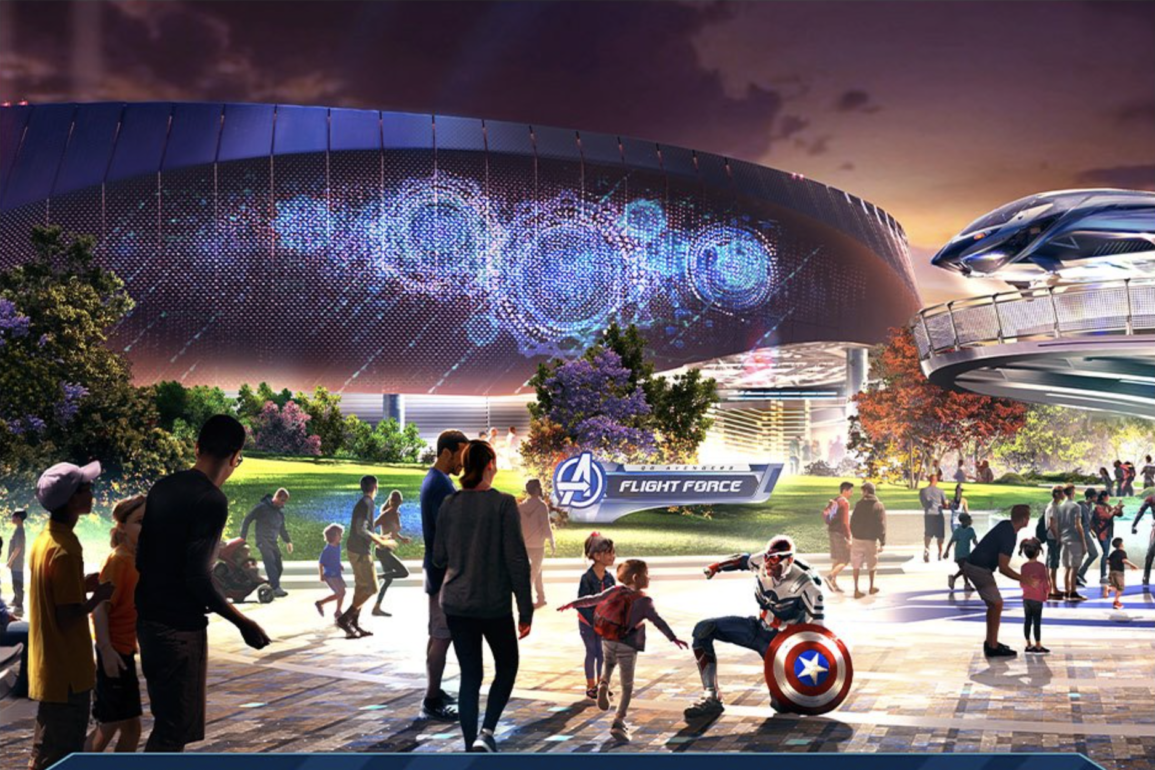 MCM Comic Con revealed a new piece of concept art for Avengers Campus at Disneyland Paris in a tweet about a panel of Walt Disney Imagineers.

The panel, Assembling the Universe: The Story of Avengers Campus, will be on Saturday at 1:30 p.m. at the main stage.

The concept art gives us a new look at the façade and marquee of Avengers Assemble: Flight Force, a retheming of Rock ‘n’ Roller Coaster for the new land. The façade will light up with different designs and we’ve already seen some testing of the LED lights. The marquee was installed a few days ago, but the “Flight Force” lettering had yet to be installed.

The concept art also features Sam Wilson’s Captain America interacting with guests and the Quinjet on a platform above the land.

Avengers Campus will open at Walt Disney Studios Park in “early summer,” according to a recent commercial.