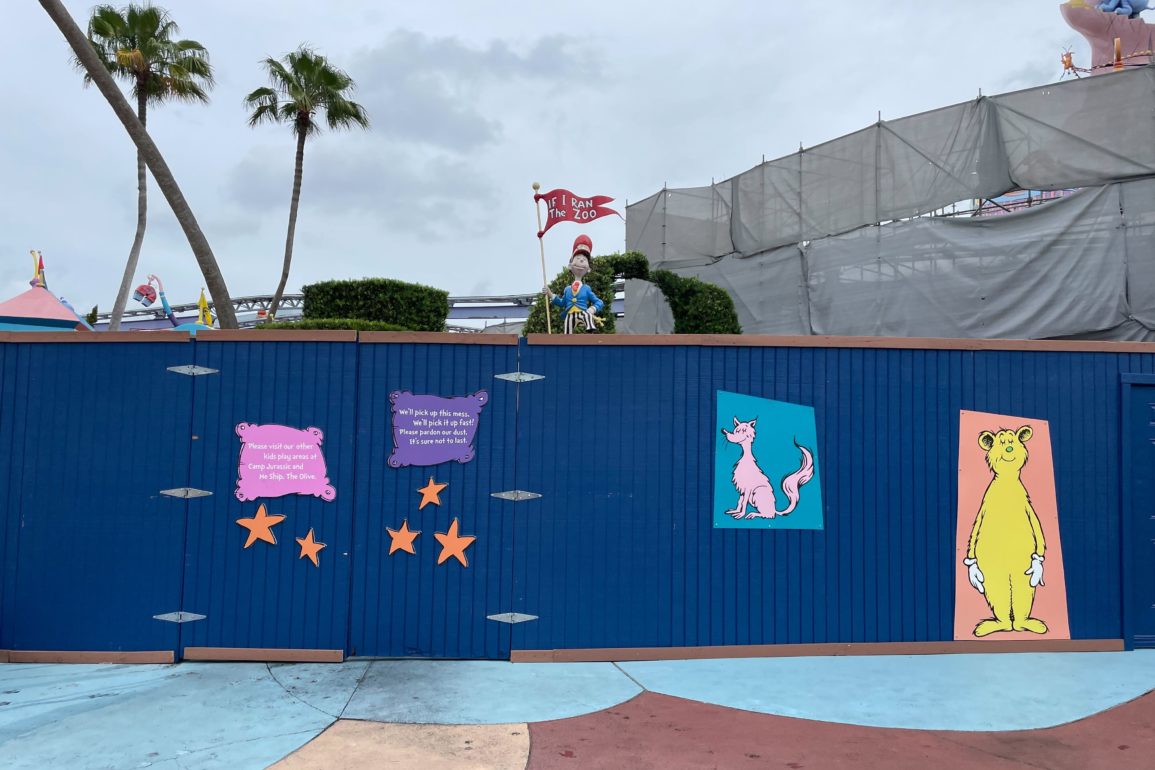 Construction walls have been erected all the way around the “If I Ran the Zoo” playground at Seuss Landing in Universal’s Islands of Adventure.

Elements of the Suess Landing archway have been missing for some time, and the Caro-Seuss-el has been closed since last summer.

The walls are decorated with images of different Seuss creatures, and Dr. Seuss quotes.

There is also some scrim connecting the walls across planters.

“If I Ran the Zoo” is one of six Dr. Seuss books that was removed from future publication and licensing last year due to its stereotypical portrayal of Asian people. At the time, Universal Parks & Resorts said in a statement that they would be re-evaluating their in-park Dr. Seuss experiences.

The “If I Ran the Zoo” flag was painted over soon after, but the name was later returned. None of the offensive stereotypes appear in the playground.

No announcements have been made indicating a change or removal of the playground. It may just be closed for refurbishment.

How do you feel about all of the refurbishment projects ongoing at Seuss Landing? Let us know in the comments.