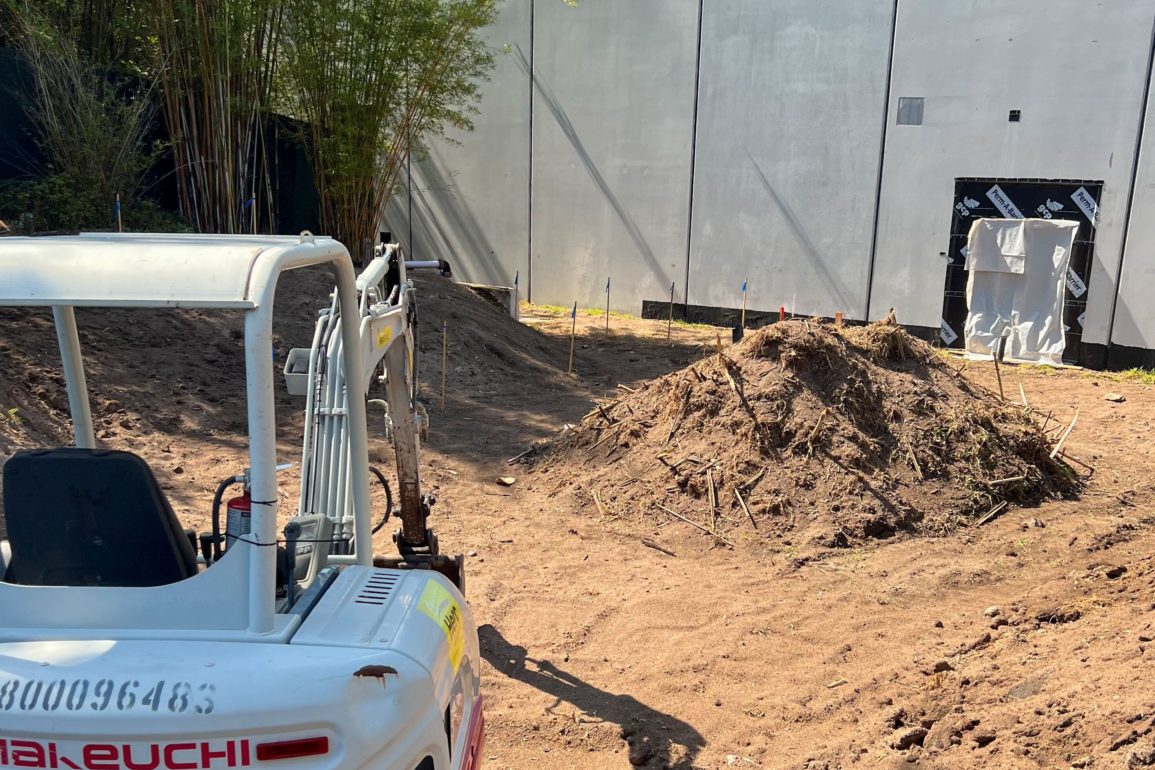 Construction recently started back up on Roundup Rodeo BBQ in Toy Story Land at Disney’s Hollywood Studios. Though most work has been behind-the-scenes, today we could see that the ground between the construction walls and the building has been excavated.

There was previously grass on this land but it’s now just dirt. An excavator vehicle is parked behind the walls.

A pile of dirt is in the center of the patch of land that has been dug up. Several short poles outline the newly excavated land. A doorway on the building is covered in plastic tarps.

Are you excited to eventually eat at Roundup Rodeo BBQ? Let us know in the comments.

Next
The Mandalorian Tumbler Lands at Galactic Grill at Disneyland Park