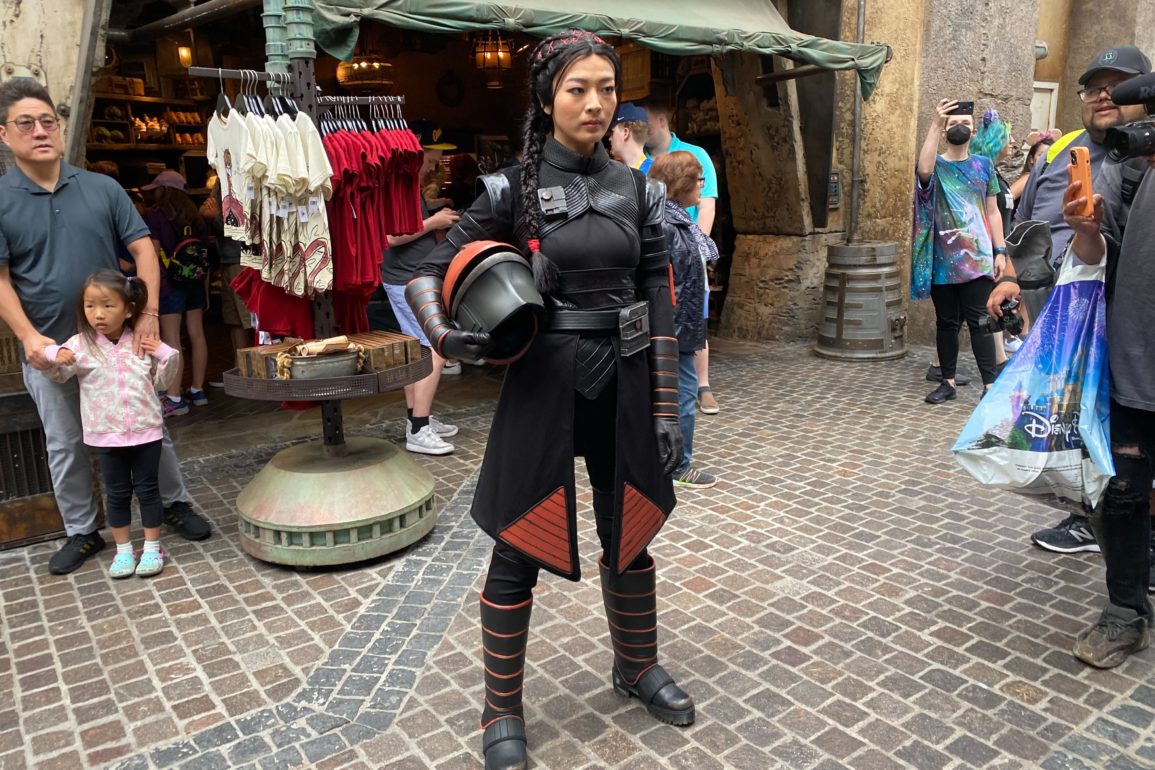 Fennec Shand is now appearing in Star Wars: Galaxy’s Edge at Disneyland, as announced yesterday. We spotted the assassin walking through the Black Spire Outpost market.

She’s dressed in her black and orange gear, and carried her helmet under her arm.

Fennec was without Boba Fett, who is also supposed to begin appearing on Batuu today.

Though mostly stone-faced and walking with purpose, Fennec did stop to pose for photos and talk with guests.

As we wrote about earlier today, Fennec and Boba Fett’s appearances mark the first time Disney is breaking the timeline of Star Wars: Galaxy’s Edge, which is otherwise set between “Star Wars” Episodes 8 and 9.

Fennec, Boba, and eventually the Mandalorian and Grogu, will not be interacting with characters that exist during a different era of “Star Wars.” It seems at least Fennec will stay within the market.

Watch our video of Fennec interacting with guests below.

Disney has only announced these characters for Disneyland Resort so far.

Next
Signage Covered Up at Theater in the Wild as ‘Finding Nemo: The Big Blue… and Beyond!’ Prepares to Open in Disney’s Animal Kingdom