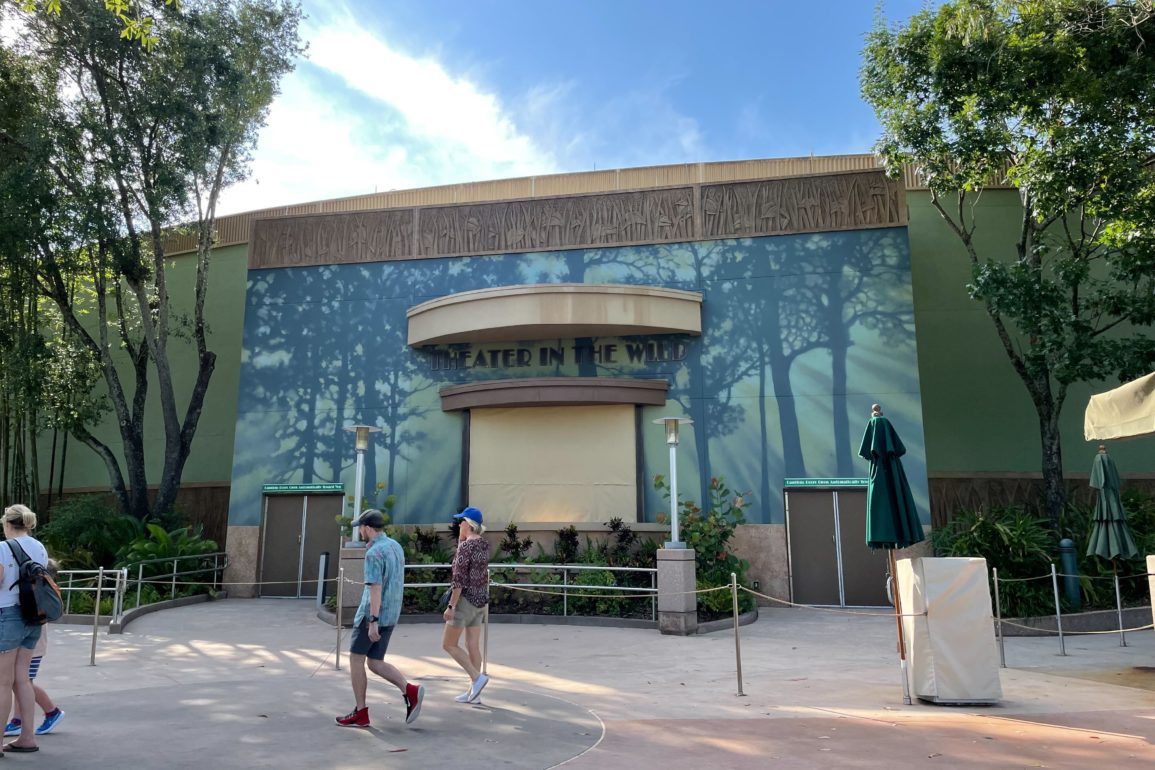 Signage Covered Up at Theater in the Wild as ‘Finding Nemo: The Big Blue… and Beyond!’ Prepares to Open in Disney’s Animal Kingdom

Signage in front of Theater in the Wild is now covered up in Disney’s Animal Kingdom as its latest show nears its opening.

Called “a freshly reimagined show” by Disney, it will include several songs from “Finding Nemo: The Musical.” Set at the Marine Life Institute, the new, shorter show will incorporate characters and story elements from both “Finding Nemo” and “Finding Dory.” Fewer live performers are likely to be used, as computer-animated characters will be shown on a large LED screen.

Above, you can see how the theater looked back in February. “Finding Nemo: The Big Blue… and Beyond” will open this summer, though no official date has been announced.