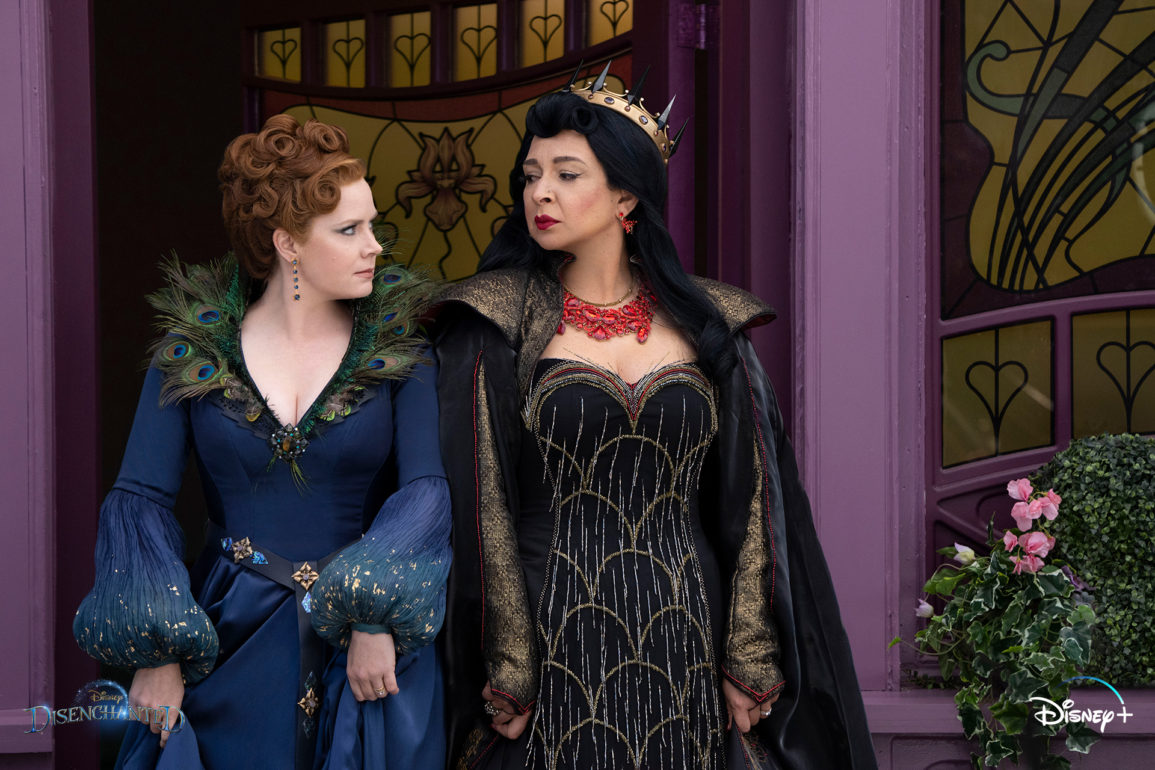 First Look at Amy Adams and Maya Rudolph in ‘Disenchanted,’ Coming to Disney+ This Thanksgiving

Disney has released the first image from “Disenchanted,” the long-awaited sequel to “Enchanted,” and announced it will stream on Disney+ this Thanksgiving.

Thanksgiving day is November 24 this year, but Disney did not specify if the film would begin streaming on that exact day or just around Thanksgiving.

The image features Amy Adams as Giselle, wearing a peacock-inspired dress and exchanging a glare with Maya Rudolph as Malvina Monroe, the film’s villain.

Also returning to the cast is Patrick Dempsey as Giselle’s husband, the cynical pragmatist Robert Philip; James Marsden as the dashing but daft Prince Edward from Andalasia; and Idina Menzel as Nancy Tremaine, the former dressmaker now married to Prince Edward. Kolton Stewart will be playing the son of Malvina. Also among the cast are Yvette Nicole Brown as Rosalyn, Jayma Mays as Ruby, Oscar Nunez as Edgar, and Gabriella Baldacchino as Robert’s teenage daughter, Morgan. This is 19-year-old Baldacchino’s feature film debut. The seven dwarfs will also reportedly make an appearance.