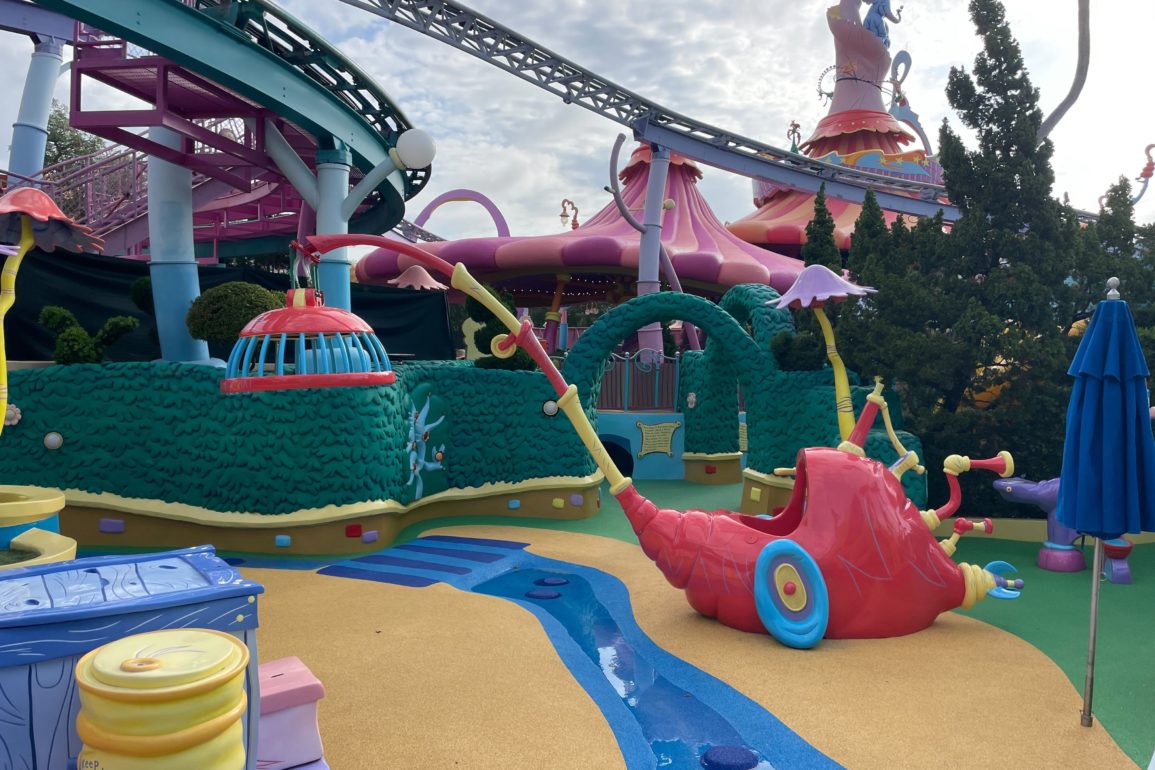 The “If I Ran the Zoo” playground in Seuss Landing at Universal’s Islands of Adventure unexpectedly closed in early May for refurbishment. The water was drained from the play area, and we saw crew members working on the ground. They have now taken down the construction walls, and the playground reopened.

Before it reopened this weekend, we saw Team Members performing final checks. The playground remained roped off until it was ready.

Next door, scrim has been removed from Caro-Seuss-el, but it is still surrounded by walls.

“If I Ran the Zoo” is one of six Dr. Seuss books that was removed from future publication and licensing last year due to its stereotypical portrayal of Asian people. At the time, Universal Parks & Resorts said in a statement that they would be re-evaluating their in-park Dr. Seuss experiences. The “If I Ran the Zoo” flag was painted over soon after, but the name was later returned. None of the offensive stereotypes appear in the playground.

Inside, water has returned to the shallow river of “If I Ran the Zoo.”

The playground is looking exceptionally clean and bright.

The red Bad-Animal-Catching-Machine, with a domed cage at the end of an arm, has returned. Little guests can go inside the machine, but the cage does not lower. Instead, a shower of water pours out of it.

See more of the “If I Ran the Zoo” playground from its reopening in 2021.