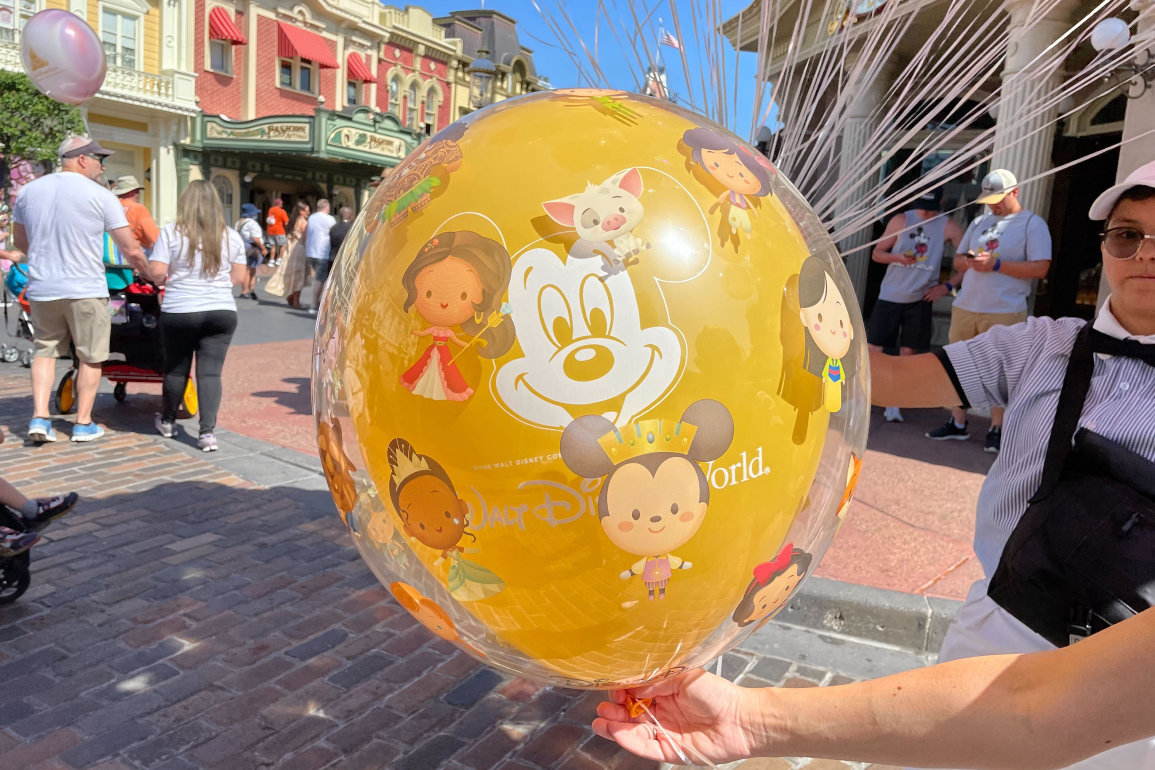 Not only are the “Kingdom of Cute” balloons at Walt Disney World adorable, they’re now more colorful, too!

At the Magic Kingdom today, we spotted the balloons, featuring art by Jerrod Maruyama, featuring a rainbow of new colors.

Additionally, they now feature a more traditionally-shaped inner balloon. Previously, we’ve seen these use the Mickey Mouse balloon when they debuted last year.

We first spotted the balloon in blue. The character designs remain the same.

Over on Main Street, U.S.A., we found the balloons in even more colors, including yellow, red, pink, purple, and teal (unfortunately, they were out of stock of the teal, so we don’t have a photo at this time).

A purple balloon could be seen in a large bunch.

For a quick review, classic and more modern Disney animated characters are featured on the balloon.

Minnie Mouse appears in a regal princess outfit, surrounded by Baymax and Alice.

Mickey Mouse looks like a dapper prince next to Tiana, Elena of Avalor and Pua.