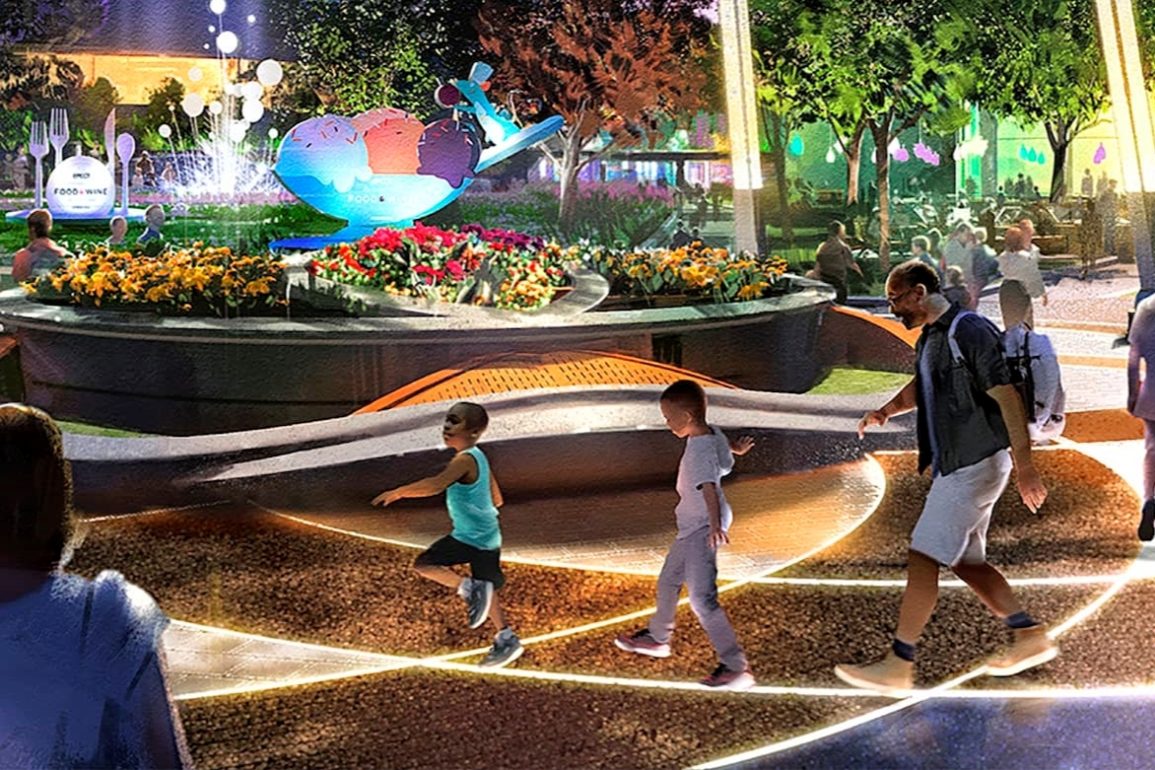 New concept art for the reimagining of EPCOT was released this morning, and it seems to reveal the return of light-up pavement and other classic elements to the center of what was Future World, now World Celebration.

One of the new features of the hub will be a set of gardens. In the center of the gardens is a large EPCOT symbol in the ground.

The concept art seems to show light embedded in the pavement. It’s unclear if it will be continuously lit at night or if it will be moving like the former pavement, which was removed during the first stages of changes.

In the photo above, you can see the old EPCOT symbol pavement.

Here are some of the light-up elements formerly in the ground, which were added with Innoventions in 1994.

In addition, the CommuniCore name is returning to the park. The new festival area, replacing the initially announced pavilion, will be composed of CommuniCore Hall and CommuniCore Plaza.

Next
Star-Lord References Classic EPCOT Attractions Including Horizons, Universe of Energy, and Kitchen Kabaret in Guardians of the Galaxy: Cosmic Rewind