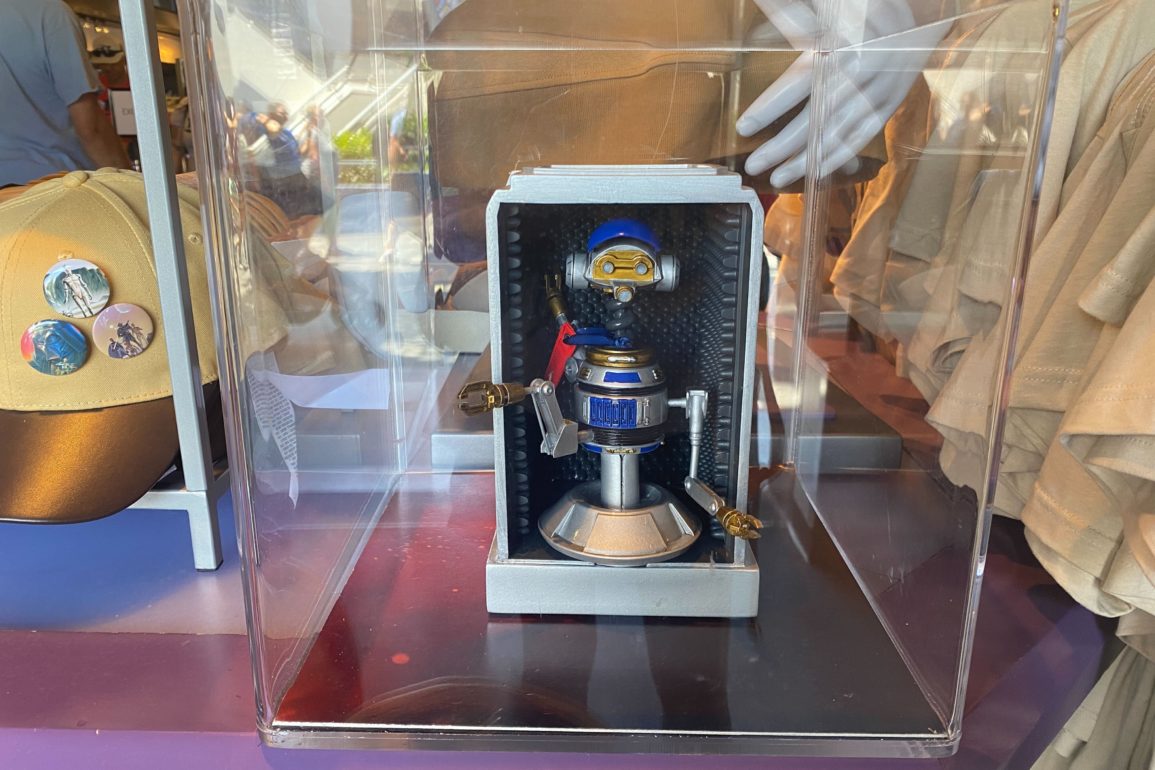 Strap in, because we’re celebrating 35 years of Star Tours at Disneyland! A new RX-24 (“Captain REX”) figure has landed in The Star Trader.

RX-24 comes in a box with the Star Tours 35th anniversary logo.

The figure has light and sound effects. He is a limited edition of 1,000.

More details are available on the back of the box. RX-24 has light-up eyes and authentic character phrases, enabled by an on/off switch. Disneyland Paris will be selling an exclusive French-speaking version as well.

RX-24 made his debut in the original Star Tours attraction, which ran from 1987 (when it replaced Adventure Thru Inner Space) through 2010. He referred to himself as Captain REX, and flew the Starspeeder 3000.

It then became Star Tours: The Adventures Continue, and C-3P0 replaced RX-24.

The regular Star Wars logo is on the top of the box.

RX-24, now known as R-3X, can be found in Oga’s Cantina at Star Wars: Galaxy’s Edge. After crash landing on Batuu, he was given a new look by Mubo of Droid Depot and programmed as a DJ.

See DJ R-3X in our tour of Oga’s Cantina below.