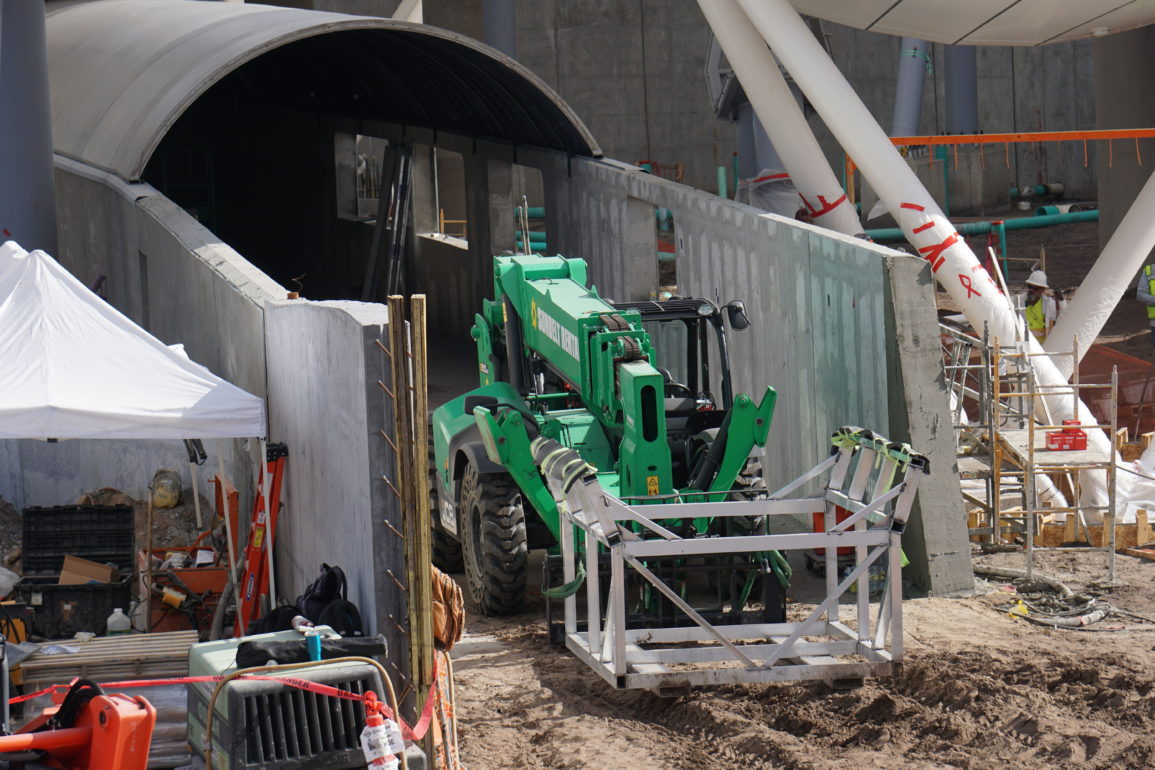 While testing continues on the TRON Lightcycle / Run track, the Walt Disney World Railroad tunnel continues to be constructed beneath the attraction.

More curved roofing has been installed over the tunnel on the Space Mountain side.

The tunnel goes beneath the walkway leading to the entrance of TRON Lightcycle / Run.

The Walt Disney World Railroad has been closed since 2018 due to the construction of TRON Lightcycle / Run.

A construction vehicle was parked within the tunnel during our recent visit to Tomorrowland.

A steel box structure was sitting at the end of the tunnel.

The vehicle and steel box were gone the next time we checked out construction.

As for the construction of the new coaster, the white canopy was fully installed a few weeks ago.

Concrete walls continue to be installed near Tomorrowland Speedway, outlining a second walkway that may lead to Storybook Circus.

A line of wooden planks has been placed down the center of the main walkway.

Several crew members were working in the dirt beneath the walkway.

We couldn’t see as much activity near the entrance to the coaster, but it looks like work is mostly done on the smaller canopy framework.

We could see some crew members working on the main walkway from Storybook Circus.

Over at Tomorrowland Light & Power Co., work continues on the walkway that will lead from Tomorrowland to TRON Lightcycle / Run. All four decorate towers have been removed from the side of the shop.

White tarps cover the bases of the towers.

A cherry picker vehicle is parked next to the building. We saw one crew member adjusting the orange safety railings.