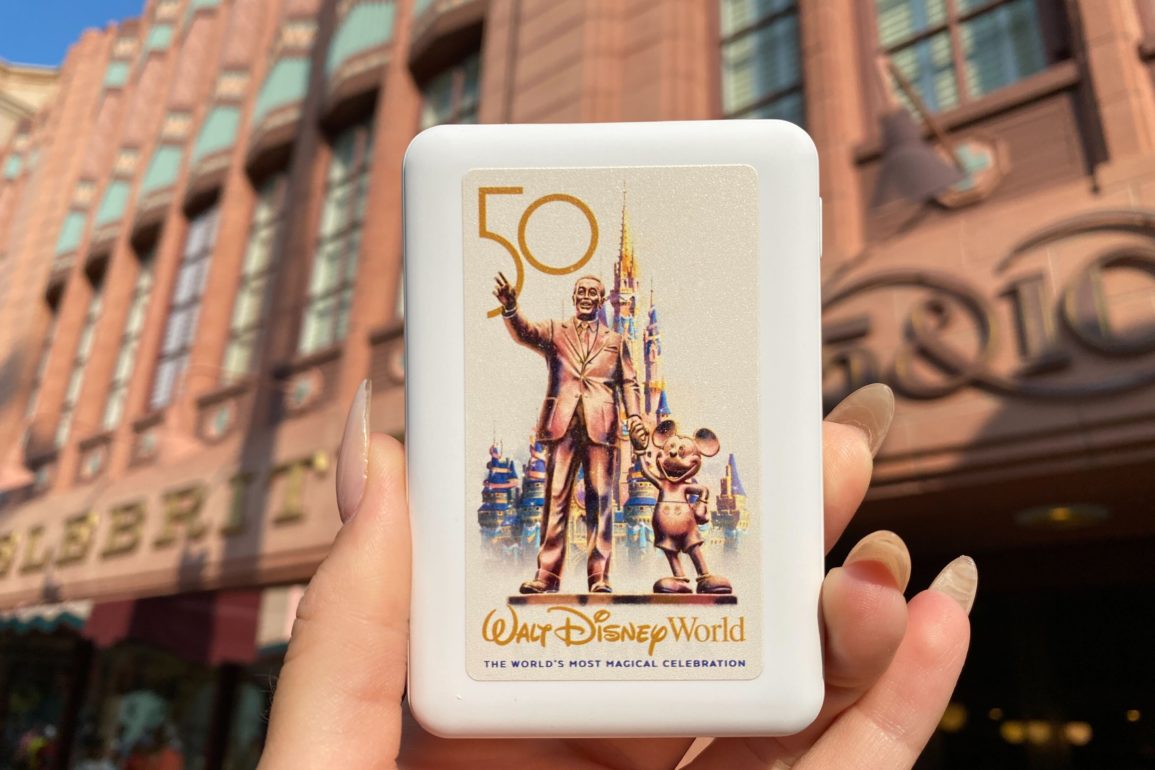 A new portable charging kit by OtterBox is now available at Walt Disney World for the resort’s 50th anniversary. We found this kit at Celebrity 5&10 in Disney’s Hollywood Studios.

The kit contains a battery pack and a 3-in-1 cable. It advertises up to 14 hours of battery, but the pack does not come fully charged, so don’t expect to use it right away.

There are two stickers on the packaging, one featuring the 50th anniversary castle logo and the other featuring the Partners Statue of Walt Disney and Mickey.

The power bank is made for iPhones, but works with other devices too.

We bought our own kit so we could see what exactly it looks like.

The white power bank has a large sticker on it featuring the Partners Statue in front of Cinderella Castle.

The golden 50th anniversary logo is in the top corner. “Walt Disney World” and “The World’s Most Magical Celebration” are at the bottom.

The sticker is textured and feels like a good quality that won’t easily peel.

The design matches the Castle Collection.

The kit has a limited warranty.

The included cable is 3-in-1, meaning it has interchangeable heads for different types of phone ports.

Next
REVIEW: Pepperoni Pizza Roll from Sunshine Seasons Brings Nothing New to the Table at EPCOT