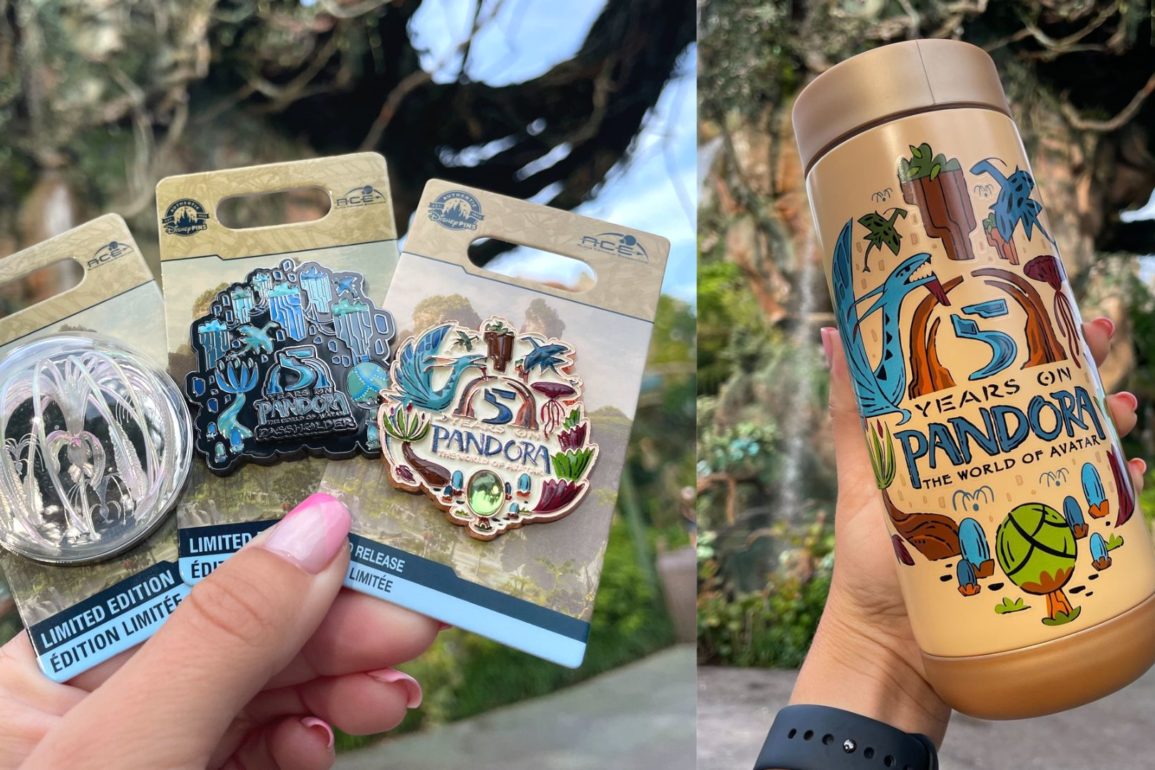 A new tumbler, magnet, and pins have arrived in Windtraders at Pandora – The World of Avatar in honor of the land’s 5th anniversary at Disney’s Animal Kingdom. Disney released the first round of 5th anniversary merchandise last month. We’re still waiting on a previously announced umbrella and Loungefly backpack.

The tumbler is a light, golden brown color.

It has drawings of Pandora flora and fauna on one side.

It reads “5 Years on Pandora The World of Avatar.”

The other side simply reads “5 Years on Pandora The World of Avatar” with no drawings.

The cap has a slider.

The magnet has the same design as the tumbler, with the plants and animals slightly raised against an off-white background.

There are banshees and floating mountains.

There are three new pins. Two are limited edition and one is limited release. The blue one at the center is exclusive to Annual Passholders.

This has the same design as the tumbler and magnet, but the circular tree at the bottom is made of a green gem.

It’s a similar design to the other items, but everything is a luminescent blue and green against a black background.

The sprite is against a mirror background, so it looks more dimensional. The background has etchings of other small woodsprites.

Will you be collecting any of this 5th anniversary Pandora – The World of Avatar merchandise? Let us know in the comments.

Previous
Virtual Queue and Individual Lightning Lane Fill Up Within Minutes of Launch for Opening of Guardians of the Galaxy: Cosmic Rewind at EPCOT