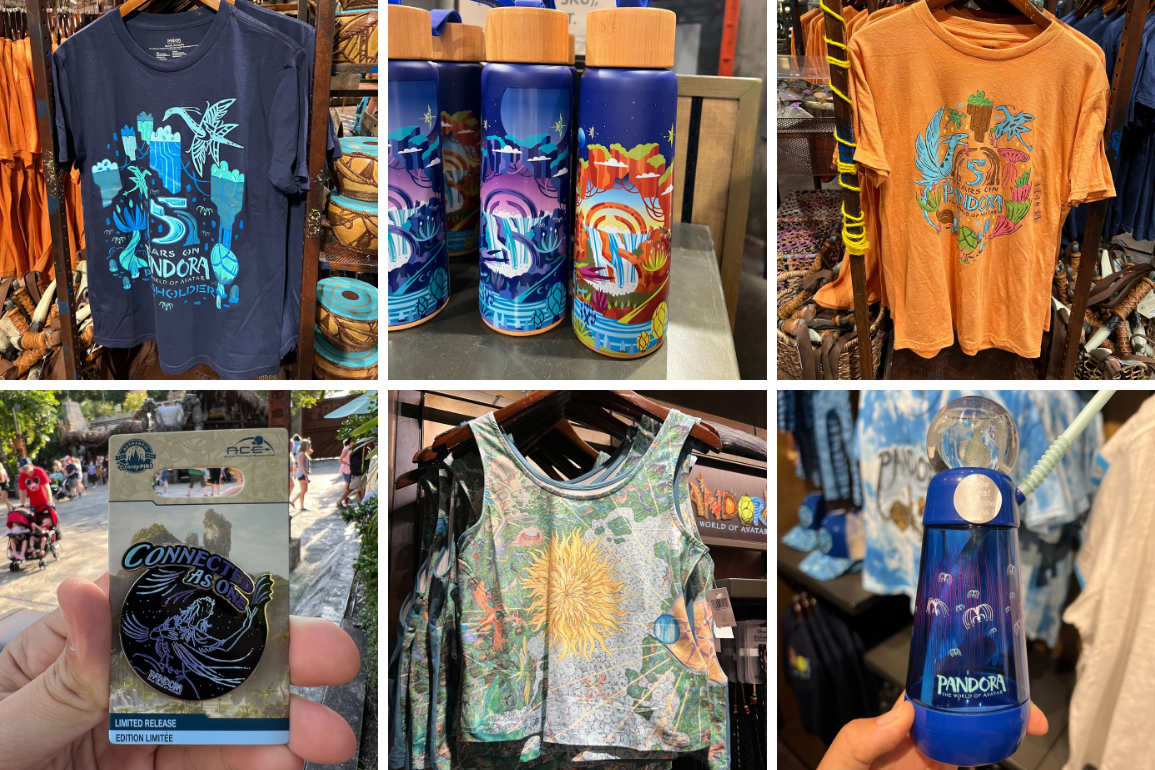 Kaltxi! Pandora – The World of Avatar at Disney’s Animal Kingdom is about to celebrate its 5th anniversary, and there are plenty of ways to celebrate with a ton of new merchandise!

The anniversary shirt features banshees flying around the floating mountains of Mo’ara on an orange background..

Meanwhile, the Annual Passholder shirt features a similar design in a bioluminescent blue on a dark blue base.

Meanwhile, a subtle “5” can be seen in the waterfall under the mountains on this water bottle.

For a subtle (but awesome) touch, this colorful tank top features art from the ceiling mural seen above Windtraders.

This tee features the flora and fauna of the Mo’ara Valley, plus a few other landmarks like Pongu Pongu and the Moss Wall.

Another tee features a Banshee and reads, “Sivako.”

For people who like their drinks with a bit of Pandoran scenery, this sipper shows off a group of Woodsprites in a nighttime scene.

For an extra touch, the Woodsprite globe on top spins!

This glow-in-the-dark crop top features the Shaman of Songs.

The Shaman of Songs is also on the back of this sweater.

The smallest button says, “Journey to Pandora,” the medium button has the Flight of Passage logo, and the largest button features the famous floating mountains.

The second pack features the Windtraders ceiling and the Shaman of Songs.

This light-up keychain reads, “Experience Pandora: A World Like No Other.” It also features the Alpha Centauri Expeditions (ACE) logo.

We found all of these items at Windtraders.

Which item is your favorite? Share your thoughts in the comments!