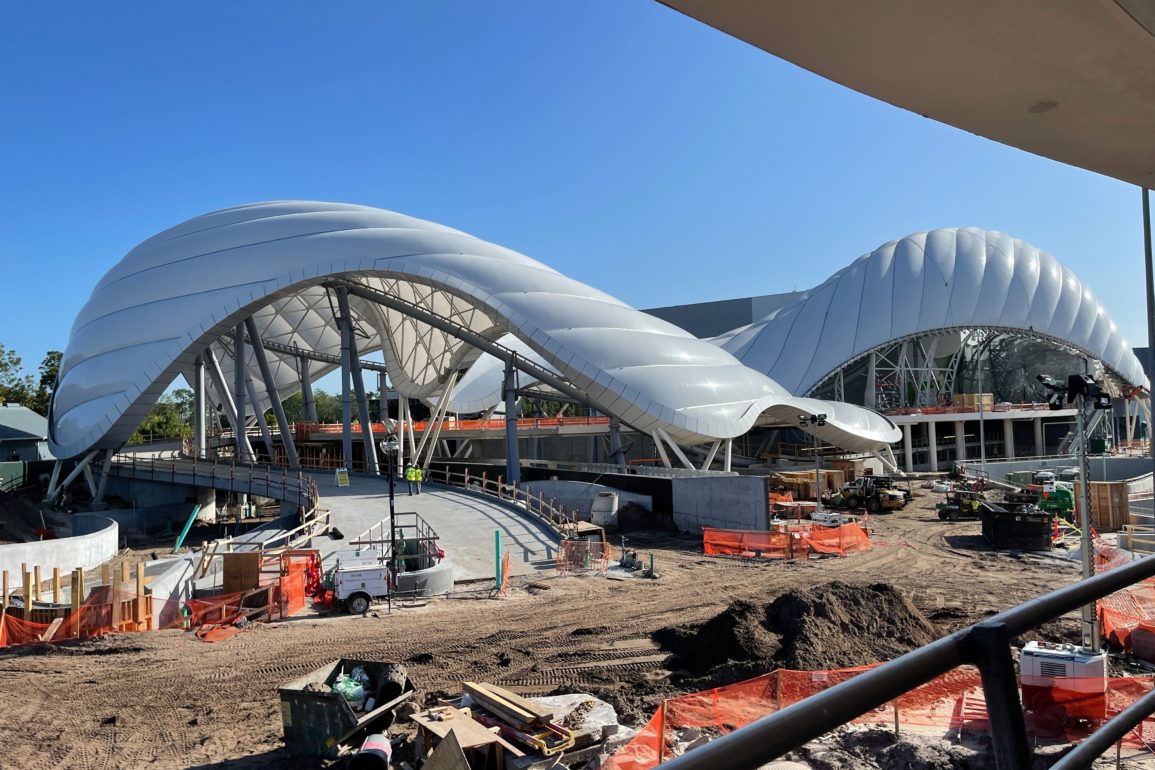 The next big step in TRON Lightcycle / Run’s race to the finish line is about to begin at the Magic Kingdom.

Disney has filed permits with the state of Florida to fabricate and install set pieces for the upcoming attraction, which is currently under construction. Just earlier today, we reported that the white canopy had been fully installed over the outdoor portion of the ride, which has undergone vehicle test runs.

No opening date has been announced, though it was revealed in January 2021 that the roller coaster wouldn’t debut during the park’s 50th anniversary year, suggesting that guests may not speed through The Grid until late 2022 at the earliest. But if sets are being “uploaded,” it’s a step in the right direction.