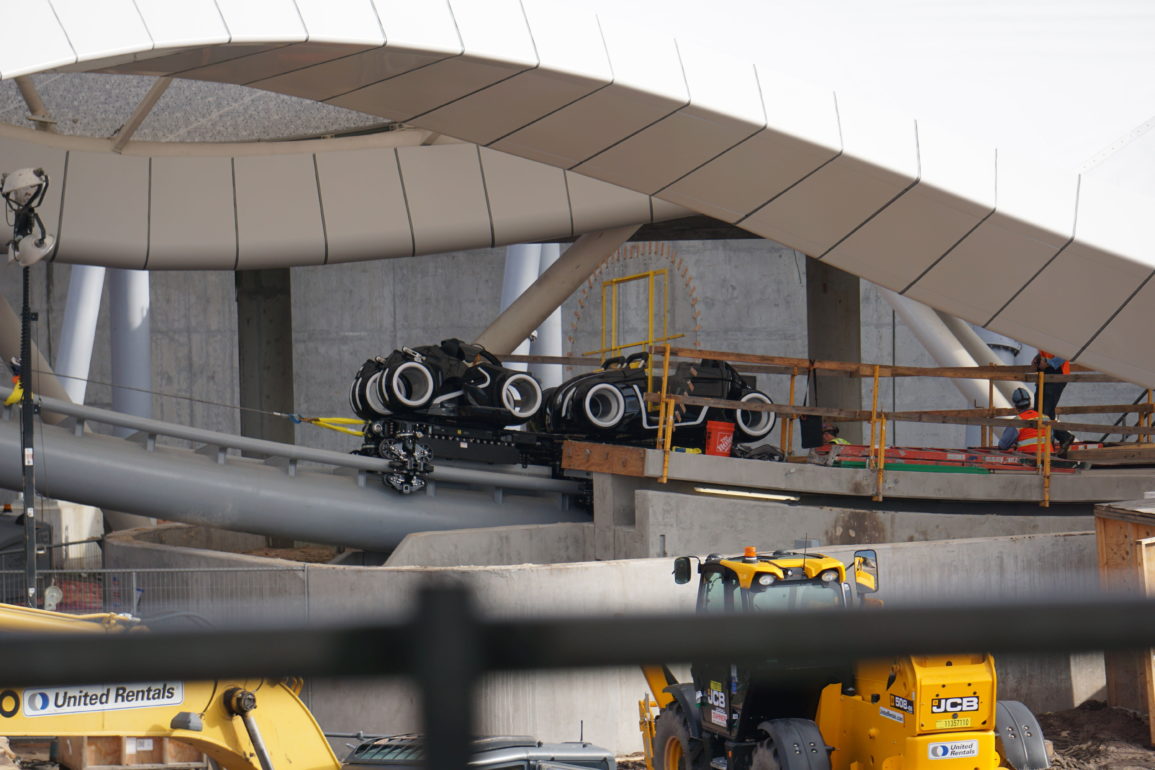 We learned earlier this month that TRON Lightcycle / Run vehicles would begin push-pull testing at Magic Kingdom. We saw the first train on the track this morning.

One vehicle is made up of multiple lightcycles. They’re black, with white wheels that will light up.

The train we saw was beneath the canopy, near the coaster’s launch.

The circular Plexiglass piece attached to one of the cars is the envelope to check clearance, making sure guests won’t hit anything. A roller coaster train envelope tested this last year too.

A pully is attached to the front of the train.

It was not moving when we first saw it.

Crew members were looking over it and adding yellow markers to the track.

Here’s a closer look at one of the yellow markers.

They later pulled the train forward a few yards.

Disney has not announced an opening date or year for TRON Lightcycle / Run.