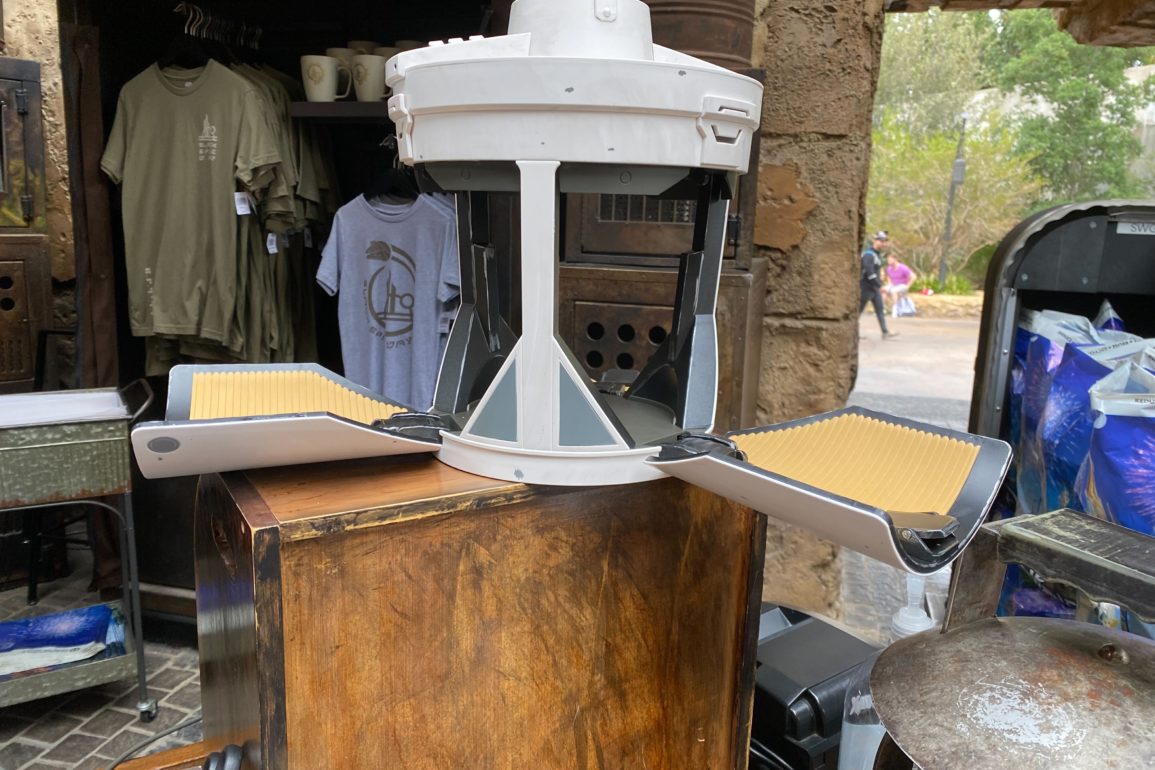 Whether you’re transporting a stack of Beskar ingots, paying off a bounty hunter with a load of credits, or storing your other valuables for safe keeping, you can do it all in style with this new Camtono case from the Creature Stall in the Marketplace of Black Spire Outpost at Disneyland.

The Camtono has three side panels that open to reveal the storage area inside.

The interior area is lit with a small light on the ceiling of the chamber.

The interior of the chamber is not exceedingly large, just enough room for your most valuable artifacts.

Closing the three panels, the cylindrical case is ready to be transported with its doors locked in place. This is how it was first seen in the Star Wars films, being carried like this during the evacuation of Cloud City.

The lid has a series of switches and an indicator light next to a handle on the very top. This is the security feature to make sure no Jawas pilfer your valuables until you open it.

A secret code can be entered by pressing the switches in series. The code is set to a default series when purchased, but it can be reprogrammed to a custom code with instructions provided upon purchase.

When the code has been entered properly, the indicator light turns green. Then with a twist of the top handle, the doors fall open.

The Camtono case was first seen at Cloud City in “Star Wars: The Empire Strikes Back,” but has been used more prominently in “The Mandalorian” by The Client, Marshal Cobb Vanth, and even the Pyke Syndicate.

Are you ready to immerse yourself even further in Star Wars: Galaxy’s Edge? Check out what else is coming to Batuu with some new character sightings and new costume pieces recently arrived at Dok Ondar’s Den of Antiquities.