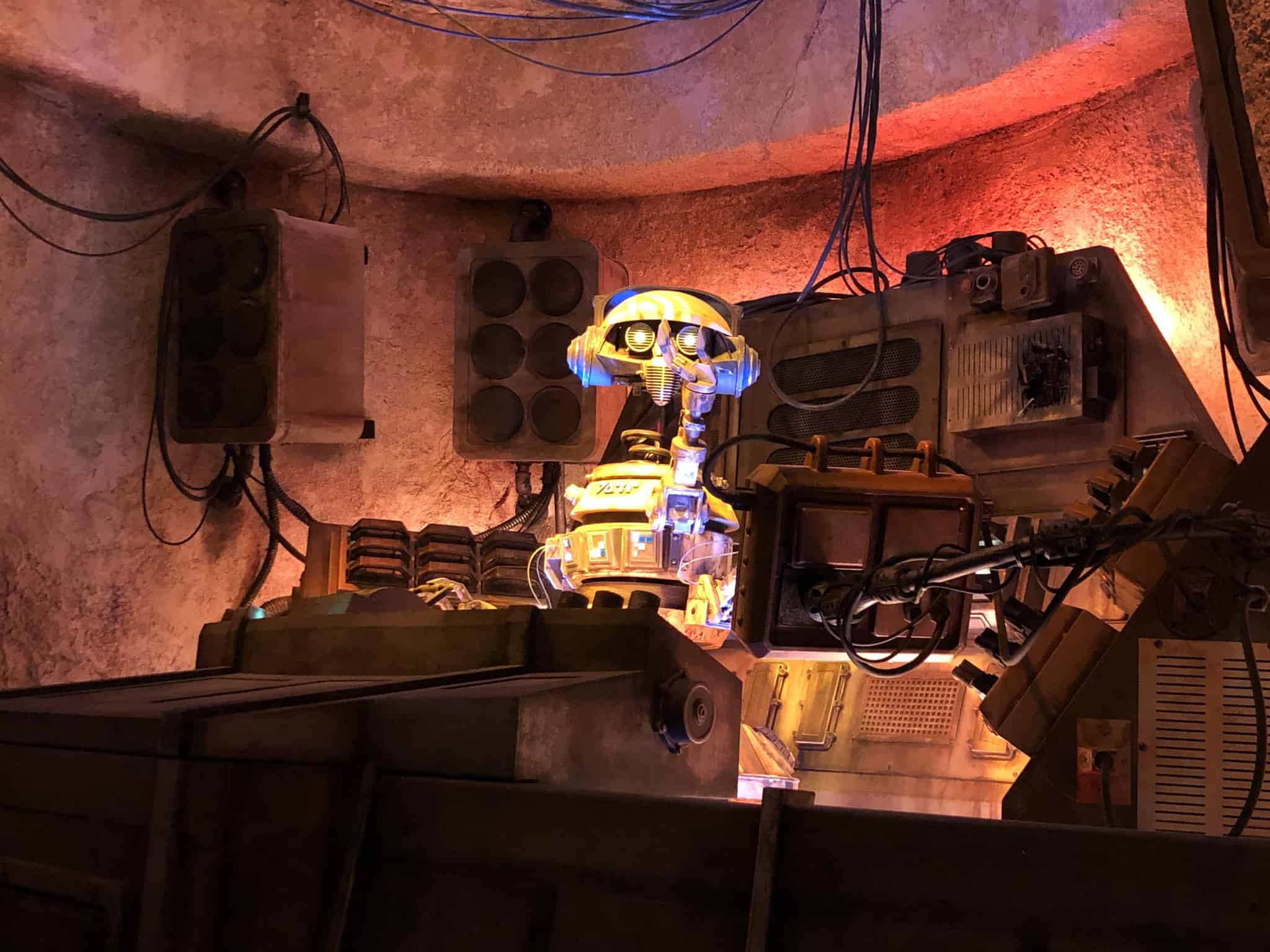 Today, it was revealed during the Parks panel at Star Wars Celebration Anaheim that a second edition of the DJ R3X’s Playlist will be coming “soon” to streaming services!

DJ R-3X provides the beats at Oga’s Cantina, known for gathering a crowd of some of the most interesting and disreputable characters in the galaxy. Back in 2019, the first album of 18 songs played in the Cantina released quietly on Spotify and Apple Music, which you can listen to by following the links.

Park music releases from the domestic resorts have been making something of a comeback after several years of quiet. “Harmonious” received a full soundtrack release last year, along with theme song releases for “Disney Enchantment” and Mickey & Minnie’s Runaway Railway among others.

Are you excited to hear more of the sick beats from DJ R-3X? Let us know in the comments below!