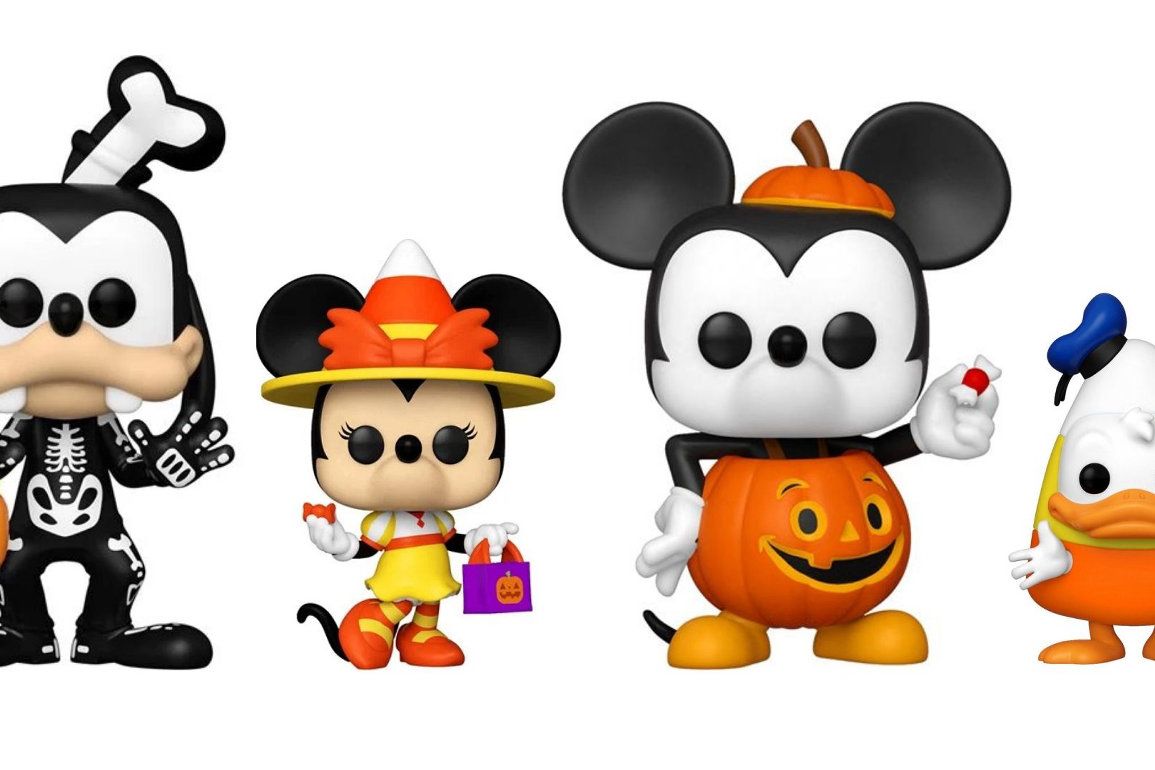 New “trick or treat” Funko POP Vinyl figures of Mickey, Minnie, Donald, and Goofy are available for pre-order as part of Funkoween 2022. Four are available on Entertainment Earth, including a glow-in-the-dark skeleton Goofy figure exclusive to Entertainment Earth. The other three are also available for pre-order on Amazon, and an exclusive glow-in-the-dark pumpkin Mickey will be available exclusively on Amazon at this link, according to Comicbook.com.

The Entertainment Earth-exclusive figure is Goofy dressed as a skeleton, complete with a bone shaped like his hat and a pumpkin-shaped candy bag. The bones of his skeleton costume glow in the dark.

The Mickey figure has everyone’s favorite mouse wearing a pumpkin costume. The torso of the costume resembles a jack-o’-lantern, and he is wearing a hat with a pumpkin stem. He’s holding a red piece of candy in his gloved hand.

The Amazon-exclusive glow-in-the-dark Mickey Funko is the same design.

Minnie has a candy corn witch costume. Her dress is yellow, orange, and white. Her tights are striped yellow and orange, and her heels are orange. Her witch’s hat resembles a giant candy corn piece with an orange bow. She’s carrying a pumpkin-branded bag and holding a piece of candy.

Donald is ready for Halloween in a candy corn costume. His sailor’s hat sits atop the candy corn, and he’s carrying a sack of candy that, unfortunately, has split open at the bottom.

These are available for pre-order but will be released in August (according to Entertainment Earth) or November (according to Amazon).

Previous
New ‘Jaws,’ ‘Back to the Future,’ and ‘E.T.’ Merchandise Collections at Universal Studios Hollywood