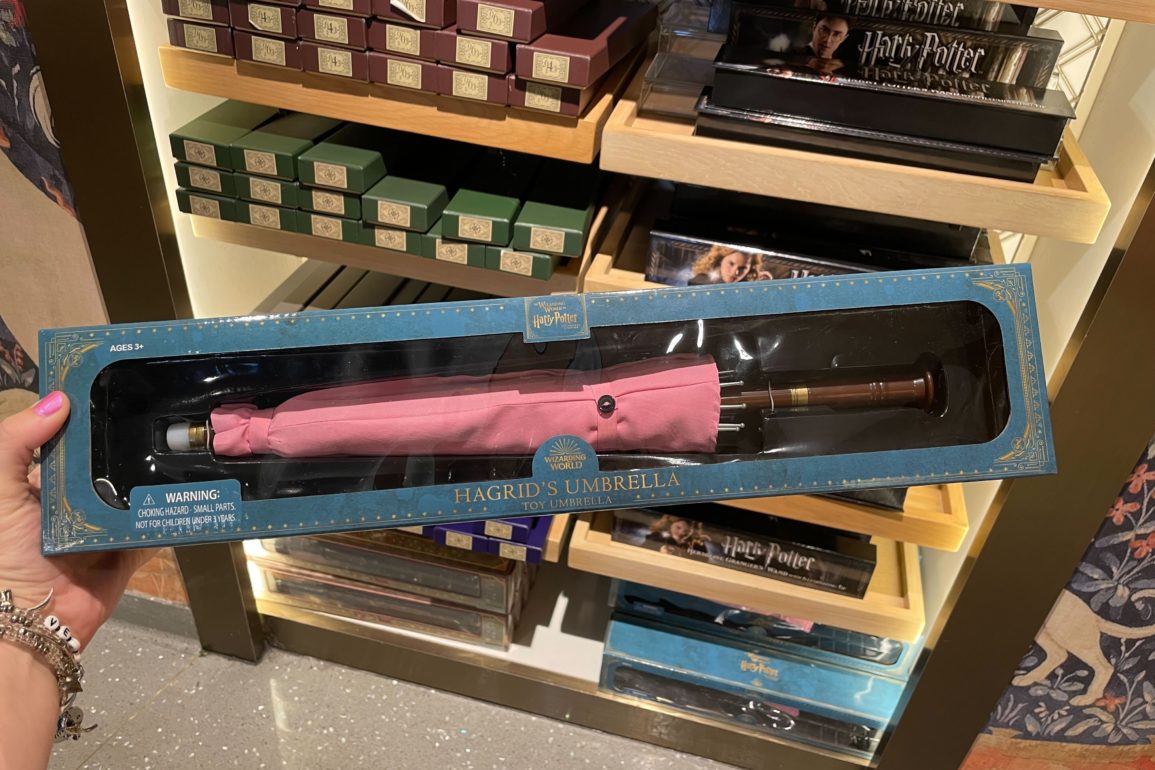 A new toy version of Rubeus Hagrid’s umbrella from “Harry Potter” is now available at Universal Orlando Resort. We first found it in the Universal Studios Store at CityWalk. A more authentic prop replica is also available, but for significantly more — it started at $75 and is now approximately $125.

In the “Harry Potter” books and movies, Hagrid’s wand was destroyed when he was expelled from Hogwarts. To do magic, he instead uses a pink umbrella.

It’s thought that the pieces of his broken wand are inside the umbrella.

The toy umbrella is smaller than a standard umbrella and unfortunately does not open all the way. It has a black button on its strap.

The handle is brown with a golden stripe.

The tip of the umbrella has a motion-activated light.

The umbrella includes three batteries, which are stored in the handle. There are instructions for installing replacement batteries on the packaging.

Will you be wielding this toy version of Hagrid’s umbrella during your next wizard duel? Let us know in the comments.