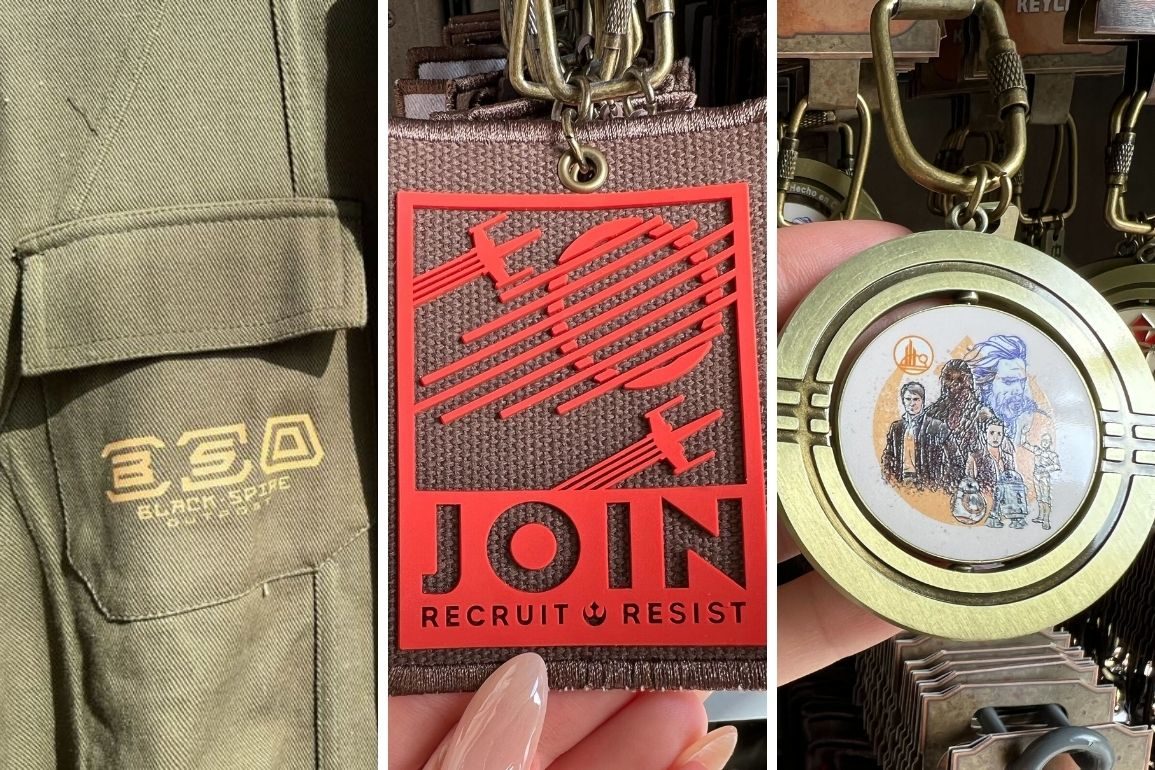 We found a new military-style jacket at Star Wars: Galaxy’s Edge, along with a pair of Resistance-themed keychains. The new Black Spire Outpost jacket and keychains can be found at Resistance Supply, next to Star Wars: Rise of the Resistance.

A distressed Rebel Alliance patch is found on the left sleeve.

Both the fold over zipper flap, and neck collar, contain Aurebesh lettering that reads “Be the spark, light the fire,” slogan of the Resistance.

The jacket features a full zip front, and seamed back.

Next, we found this selection of new ‘Star Wars’ keychains.

This cloth keychain features images on both sides. A plastic Batuu dangler is attached at the top.

Poe Dameron is illustrated in black and white. A red Rise of the Resistance logo is stamped on the bottom right corner.

The other side of the keychain features a raised, red plastic design. The words “JOIN Recruit Resist” appear, beneath a pair of X-Wing Fighters.

Lastly, we found a double-sided spinner keychain. This metallic, circular design celebrates the legendary heroes of the Original Trilogy. A Batuu dangler is also attached to the key ring.

The surrounding disc is a light bronze color. One side of the spinner features an X-Wing Fighter and Black Spire Outpost. The bronze graphic appears raised, in front of a red Rebel insignia.

Fly to Star Wars: Galaxy’s Edge at Disney’s Hollywood Studios, for the new jacket, and keychains. They can be found in the shopping area next to Rise of the Resistance. Can you Resist these new Star Wars items? Let us know in the comments.