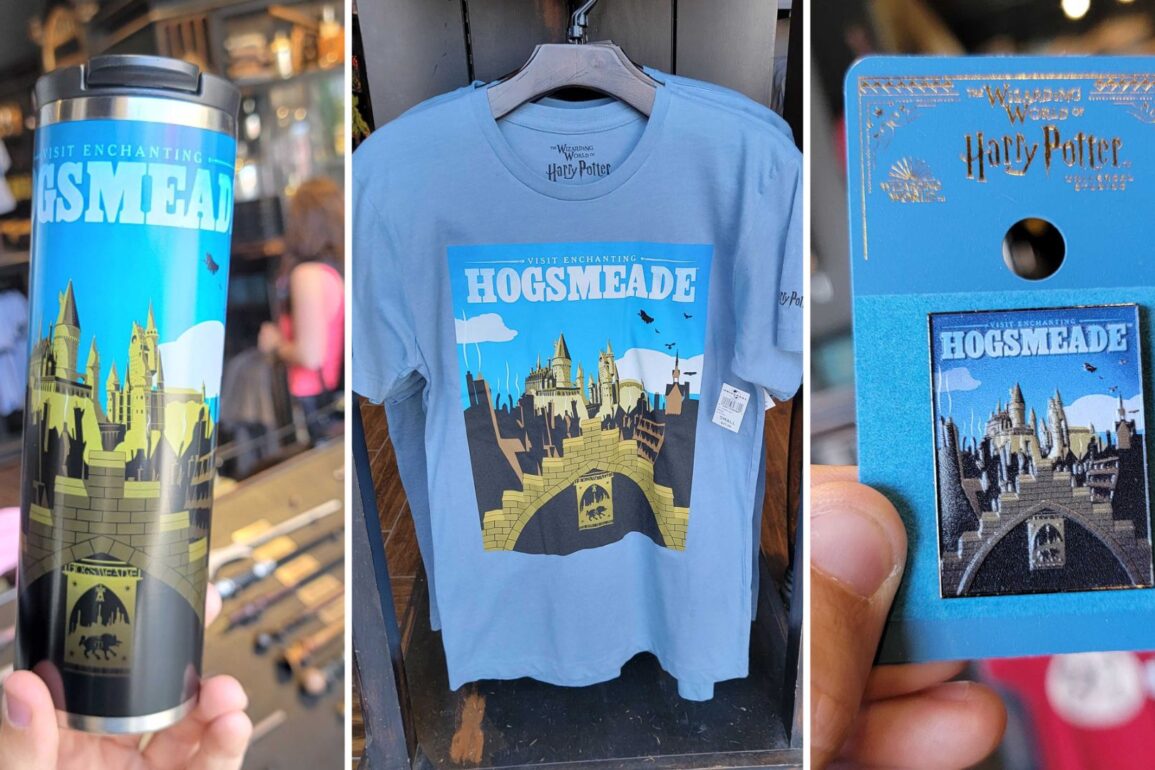 This blue tee features a poster image of Hogsmeade on the front. It has the Hogsmeade entrance archway in the foreground, followed by the rooftops of Hogsmeade, and Hogwarts in the background. A Quidditch player and birds fly across the blue sky beneath the words “Visit Enchanting Hogsmeade.”

The youth tee has an identical design.

The same design is wrapped around this travel tumbler.

The full The Wizarding World of Harry Potter logo is on one side of the tumbler.

It has a black cap that pops open.

The poster hangs from this keychain, which also has a lobster claw clip.

Finally, the poster design is pictured on this pin. It has a somewhat three-dimensional texture.

Check out these Hogwarts house banners, too. And let us know what you think in the comments below.

Next
BREAKING: Pirates of the Caribbean Reopening at Disneyland on July 1