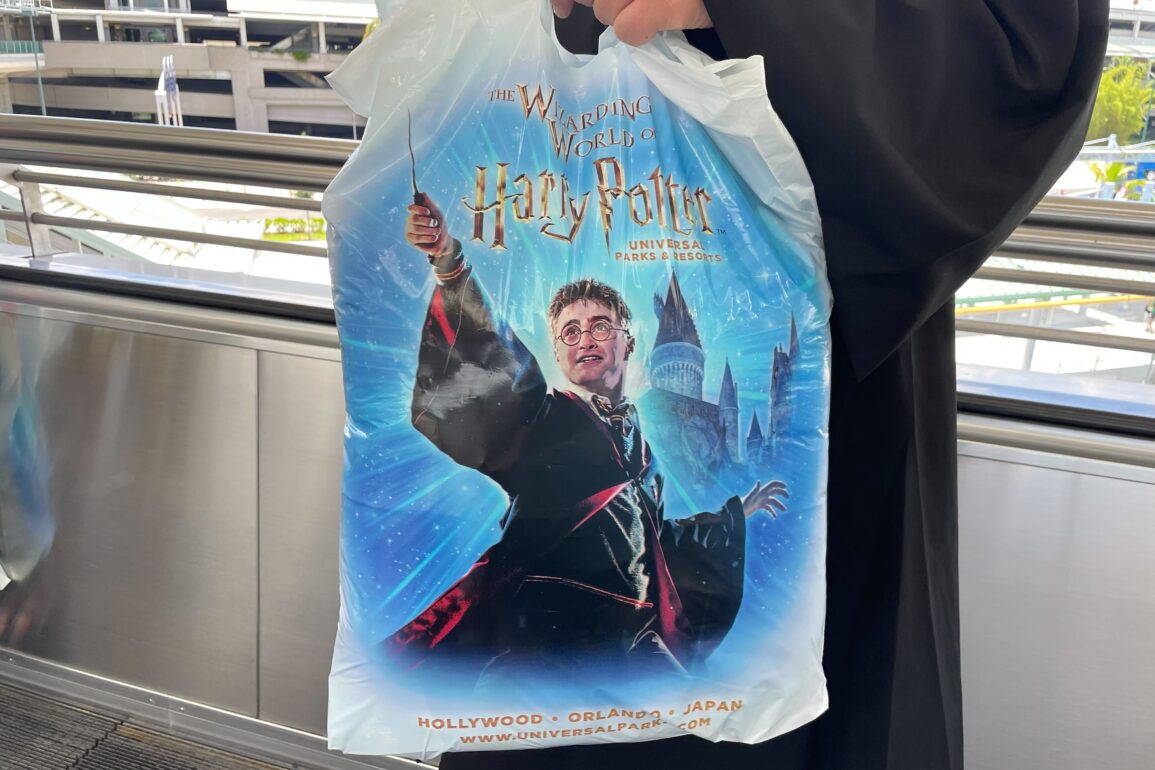 On a trip to the Wizarding World of Harry Potter in Universal Orlando Resort, we noticed a new bag is being given out with purchases.

The new bag features Harry Potter with his wand outstretched in front of Hogwarts Castle.

The land logo is followed by “Universal Parks & Resorts” to make it fit at all of the Universal theme parks.

Hollywood, Orlando, and Japan are all listed as locations. Universal Studios Beijing, which opened in September 2021, also has a Wizarding World of Harry Potter but is not listed on the bag.

Do you like the new bag design? Let us know in the comments below.