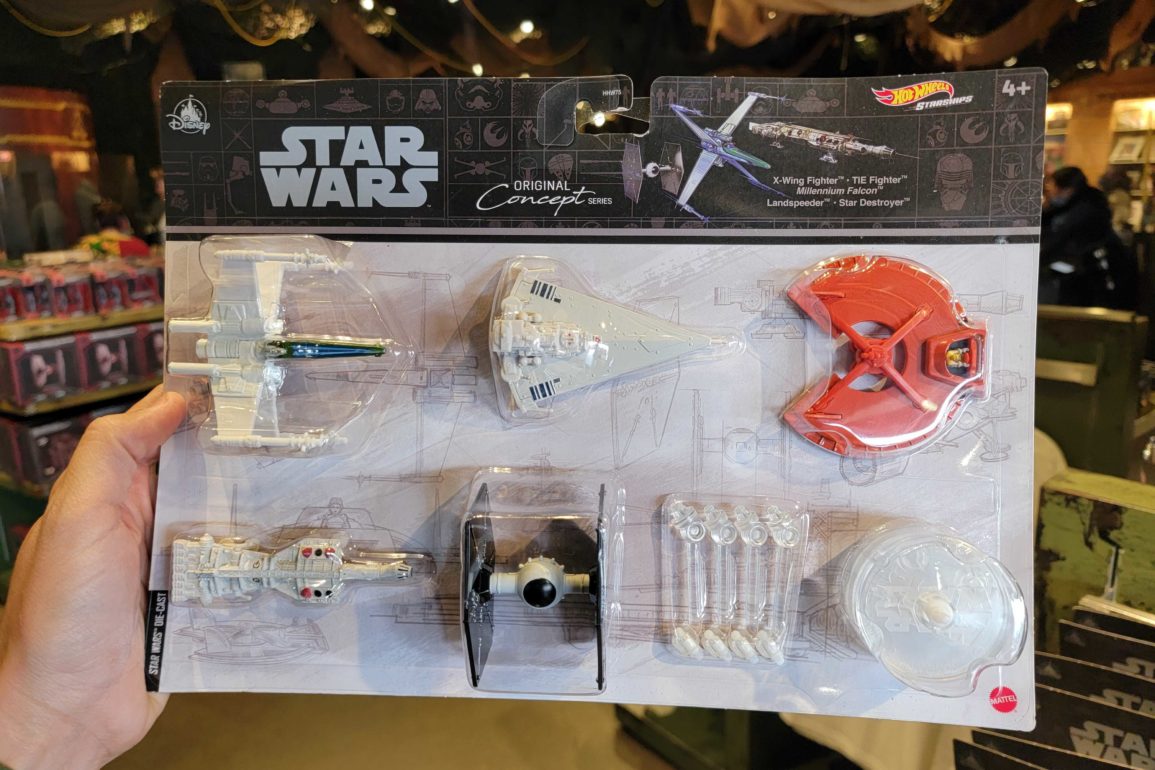 This is a five-piece set. Included are four spaceships, and one land vehicle from Star Wars.

Display stands and bases are also included in the package.

Colin Cantwell, the designer of many of these Original Concepts, recently passed away.

Surprisingly, this is an early Millennium Falcon design. It went on to inspire the Rebel Blockade Runner.

However, this TIE Fighter model isn’t too different from its final design.

The orange, pie-shaped vehicle is a landspeeder prototype.

Is that Luke Starkiller driving the landspeeder?

Finally, this is the Star Destroyer in its early form.

The back of the package reveals a display of the five concept vehicles.

This collection is a wonderful way to celebrate the work of artists such as Colin Cantwell, Ralph McQuarrie, and Joe Johnston. They played an integral role in bringing George Lucas’ vision to life.

The new Star Wars Original Concept Series set from Hot Wheels is available now from the Star Wars Trading Post at Disneyland Park and online at shopDisney. Will you be flying off to pick up a set? Let us know in the comments.