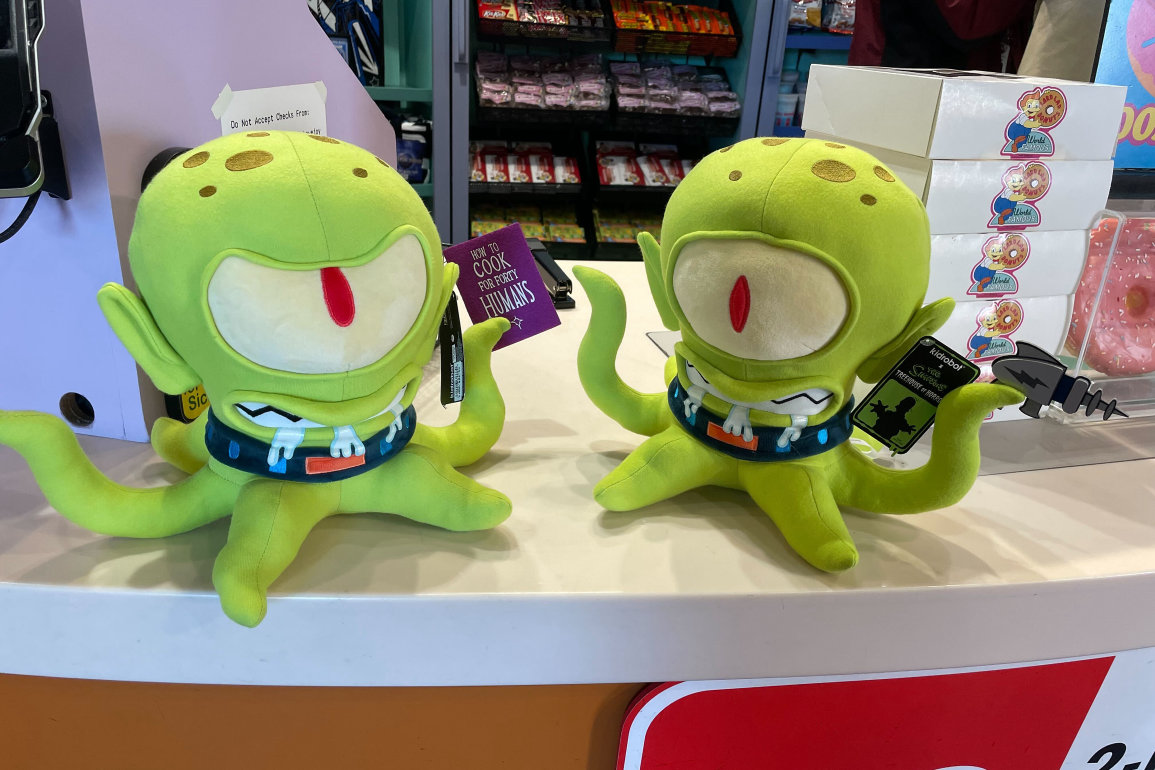 New from The Simpsons Treehouse of Horror, Kang and Kodos plush figures have arrived at Universal Orlando Resort. We found this diabolical duo in Universal Studios Florida at the Kwik-E-Mart store.

We found the new Simpsons plush toys from kidrobot at the Kwik-E-Mart.

The 13″ plush toys are equipped with unique items.

Kang’s cookbook is titled “How to Cook for Forty Humans.”

Kodos uses his ray gun to threaten your favorite characters from The Simpsons.

A detailed look at the Treehouse of Horror favorite, drooling with delight.

These 13″ plush toys, from Kidrobot collectables, are ready to grab from the Kwik-E-Mart.

These fun and playful plush figures will light up the collection any Simpsons fan.

Grab Kang with cookbook, or Kodos with ray gun, $55 each, from the Kwik-E-Mart at Universal Studios Florida. Which alien menace will you be taking home? Kang, Kodos, or both?