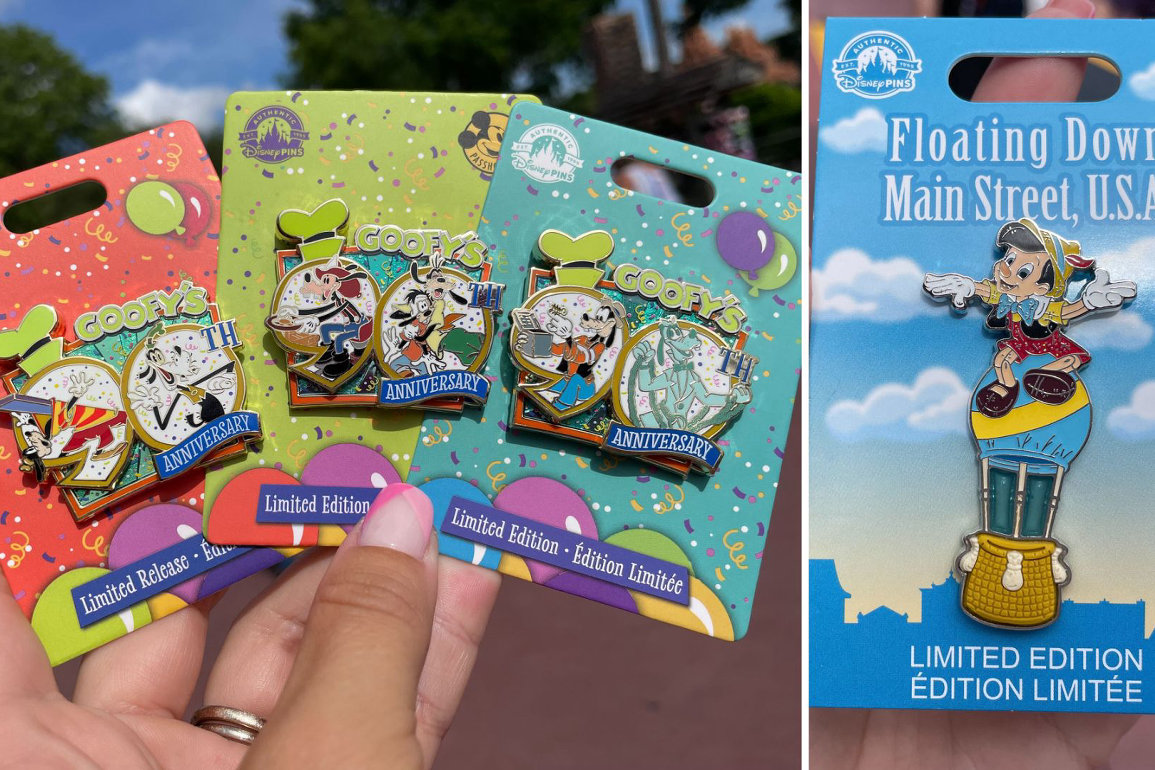 New limited edition pins have arrived at Walt Disney World for the month of May, including the latest “Floating Down Main Street, U.S.A.” pin and pins celebrating Goofy’s 90th anniversary. We found most of these at Pin Traders in EPCOT.

It features Pinocchio atop a blue and yellow hot air balloon.

Next up are the Goofy pins. One is a limited release, while the other two are limited edition. The one in the center (on a green backing card) is an Annual Passholder exclusive.

All three pins read “Goofy’s 90th Anniversary,” with images of Goofy in the 90.

This pin, which is on a red backing card, features Goofy caught on a diving board from the classic short “How to Swim.”

It also features Goofy as he appears in the more modern “Mickey Mouse” cartoons.

It features another classic image of Goofy from “Mickey’s Fire Brigade.”

The other image is Goofy with his son Max.

This pin comes on a teal blue background.

It features an image from “Goofy and Wilbur,” Goofy’s first solo cartoon in 1939. Goofy debuted in other Disney cartoons in 1932.

The pin also features Goofy as the ghost of Jacob Marley in “Mickey’s Christmas Carol.”

At Fantasia Gifts in Disney’s Contemporary Resort, we found this mystery box of Goofy pins.

There are ten pins in the collection and one box contains two randomly selected pins.

Each pin is Goofy as he appears in one of his many classic roles. There is Goofy dressed as an astronaut, Goofy golfing, Goofy with a surfboard, and more.

Will you be collecting these new Goofy’s 90th anniversary or “Floating Down Main Street, U.S.A.” pins? Let us know in the comments.