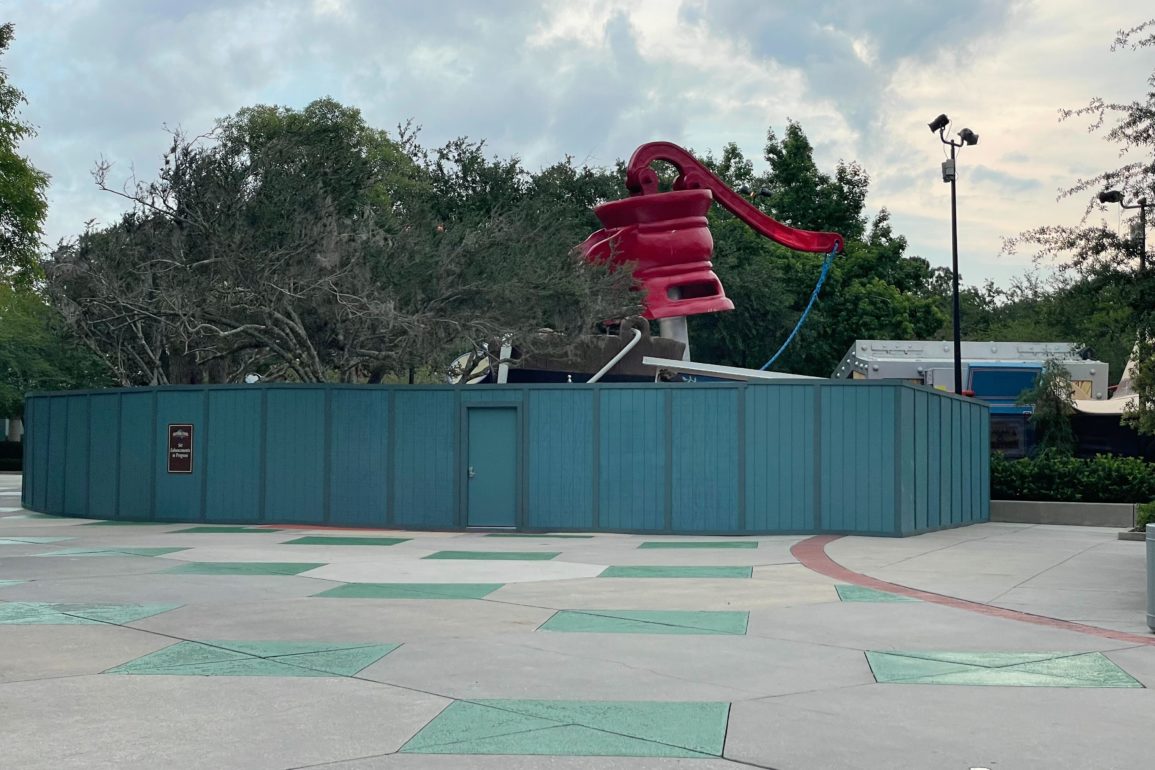 Crews have finally erected construction walls and scrim around Fievel’s Playland in Universal Studios Florida. The playground closed for maintenance last month, apparently due to issues with the water slide.

Until now, only some temporary fencing blocked the entrances to Fievel’s Playland.

The playground is located in Woody Woodpecker’s KidZone.

Blue construction walls surround the front of Fievel’s Playland, blocking most of it from view.

To the right, a row of black scrim is behind KidZone signs and shrubbery.

We can see some of the playground through the scrim.

We can also still see the scaffolding near the slide.

Prior to fully closing, small areas of Fievel’s Playland were closed for refurbishment. Universal has not announced a reopening date. Crews are also refurbishing the pavement outside Woody Woodpecker’s KidZone.