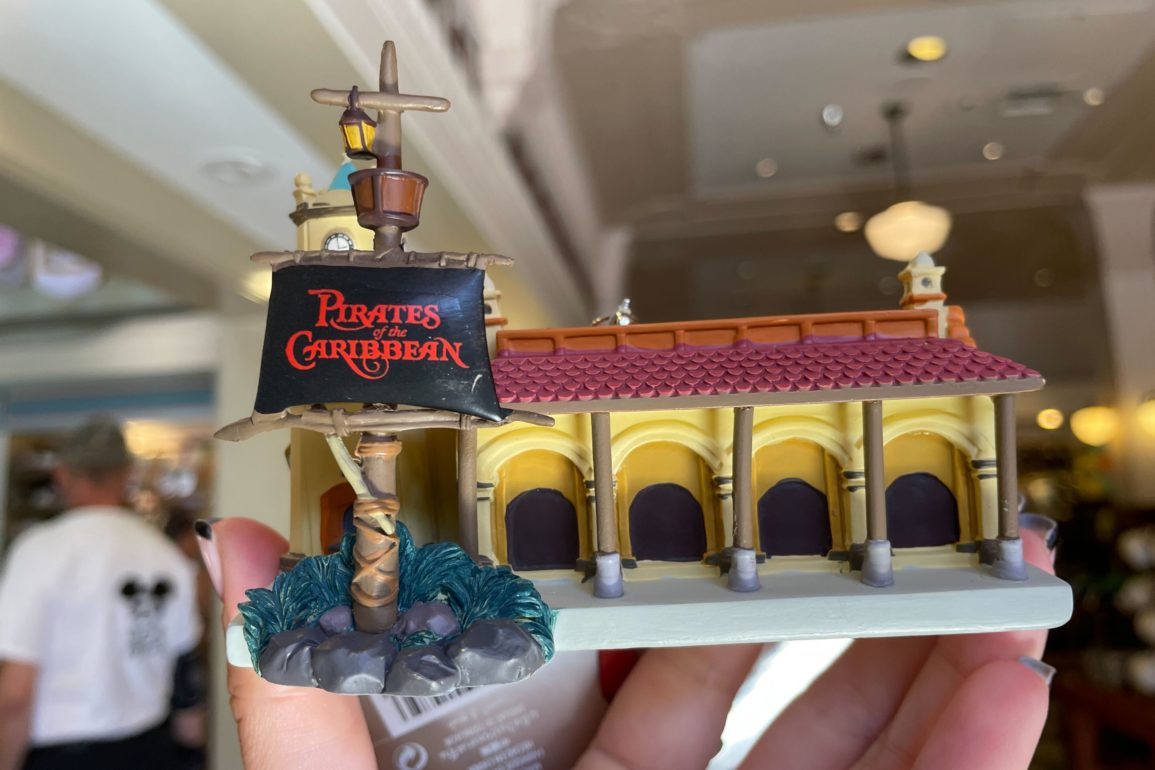 A new split-building Sketchbook ornament inspired by Pirates of the Caribbean has sailed into Walt Disney World. These ornaments show an iconic façade from the Disney Parks on the front, and a scene from inside the building on the back. We found this one at Celebrity 5&10 in Disney’s Hollywood Studios.

The ornament resembles the Pirates of the Caribbean building at Magic Kingdom, complete with the mast and sail sign.

Columns and archways are along the front, with red shingles on the awning above.

The black sail on the mast has the Pirates of the Caribbean logo in red. The building’s clocktower is behind the mast.

The ornament ribbon is detachable.

On the back, several scenes from the attraction are represented in a mural.

The scenes are in order from a skeleton at a ship’s wheel to a pirate boarding a rowboat with an armful of treasure.

In the center are a pirate captain on a ship and another pirate sitting on a bridge.

Waves crash between two of the scenes. The scenes only show classic elements from the Pirates of the Caribbean attraction and no characters from the films. In fact, the pirate captain appears as he did before he was updated to look like Captain Barbossa.

Check out more Sketchbook ornaments in this style from Walt Disney World.