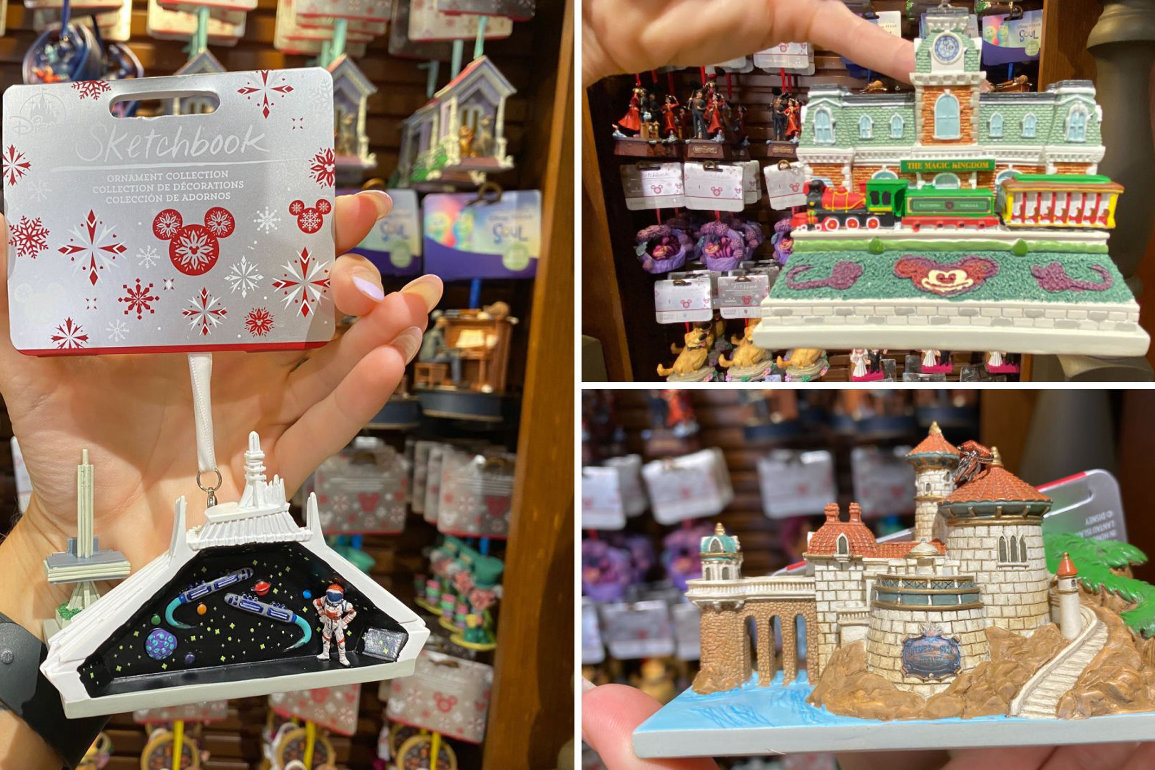 The inside is black with yellow stars and colorful planets.

This ornament resembles the train station at the front of Magic Kingdom.

It includes one of the trains of the Walt Disney World Railroad parked at the station and the Mickey Mouse flower bed in front of it.

The stairs leading up to the station are on either side.

Mickey dressed as a train conductor is standing in the station on the back of the ornament.

This ornament is shaped like Eric’s seaside palace, as seen in both “The Little Mermaid” and Fantasyland at Magic Kingdom.

The sign for the attraction is mounted on one of the palace towers.

The other side shows Ariel, Flounder, and Sebastian under the sea with some other fish.

Ariel and Flounder are slightly three-dimensional, while the rest of the image is flat.

We found these at Ye Olde Christmas Shoppe in Magic Kingdom. Will you be hanging one on your Christmas tree this year?

Next
New ‘Inside Out’ Sweatshirt and Pants at Disneyland Resort