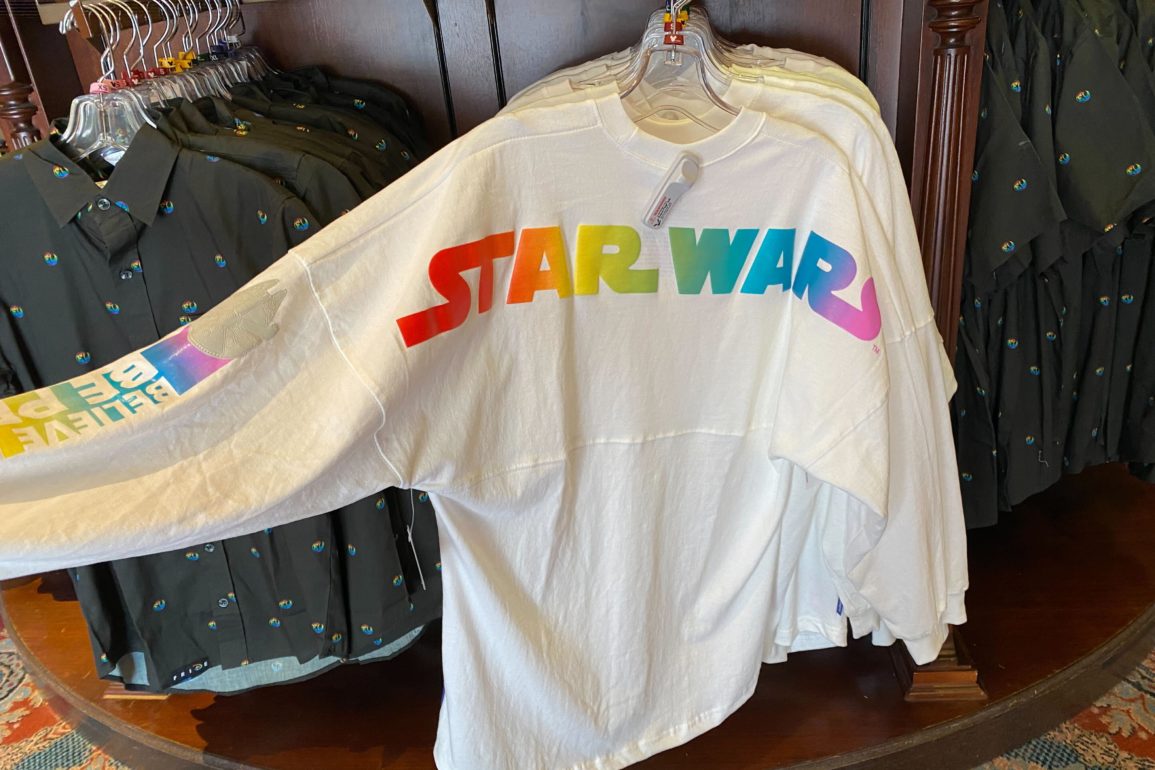 A new “Star Wars” Spirit Jersey is now available at Disneyland Resort as part of the 2022 Disney Pride Collection. We found it in the Emporium.

The jersey is white.

On the left breast is a split image of the Empire and Rebellion logos made out of a rainbow.

The sleeve reads “Believe, belong, be proud” on a rainbow stripe coming out of the back of the Millennium Falcon.

A rainbow version of the “Star Wars” logo is on the back.

The youth version has a rainbow BB-series droid on the front.

Like the adult version, the sleeve reads “Believe Belong Be Proud.”

The rainbow Star Wars logo is also across the back.

These are also available at Walt Disney World.