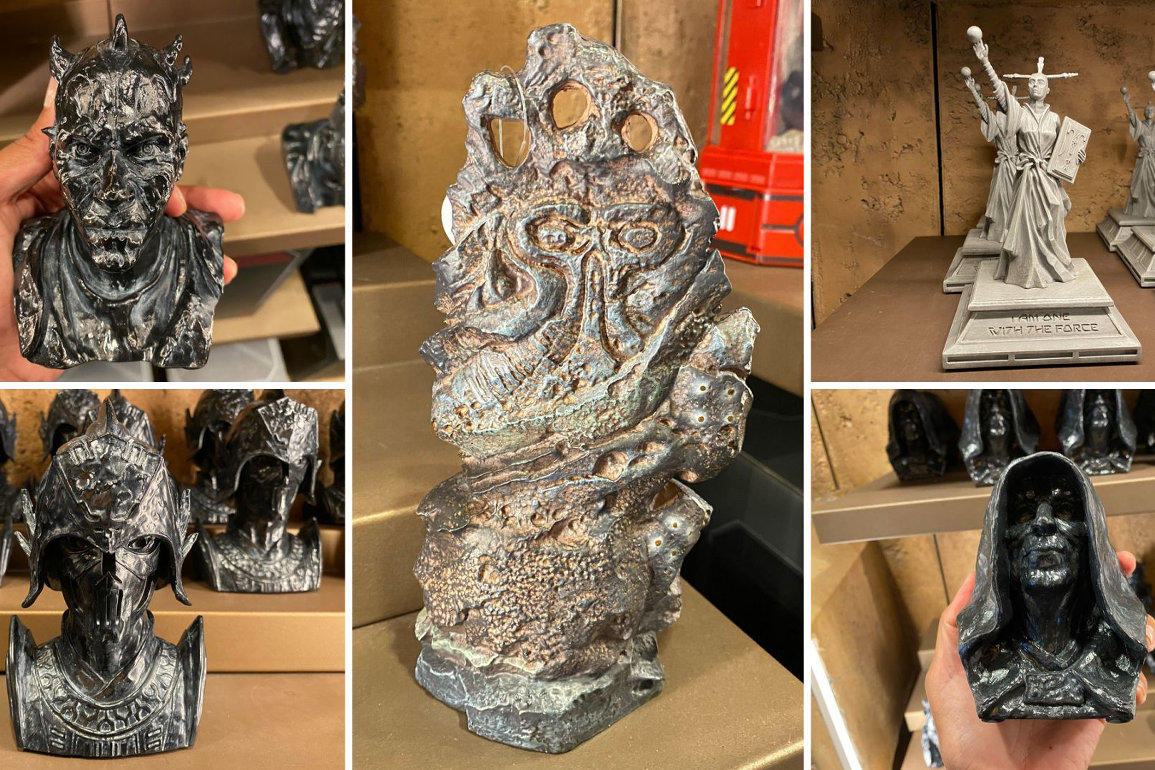 New figures and busts of various “Star Wars” characters are available at Dok-Ondar’s Den of Antiquities in Disneyland.

This small statue depicts a Force user with their hand stretched out towards a floating ball. The base reads, “I am one with the Force.”

They are wearing a robe and holding a tablet.

This is a replica of the statue outside Dok-Ondar’s, which was taken from the Jedi Temple on Coruscant.

This bust of Darth Maul looks as though it was made of black rock.

These are new, cheaper versions of the busts already sold by Dok-Ondar.

He wears a helmet and decorated shirt.

This final bust is of Emperor Palpatine, a.k.a. Darth Sidious.

Palpatine is depicted in his cloak with the hood up.

This figure resembles rock with the image of an Ithorian (Dok-Ondar’s species) carved into it. This is a replica of the Ithorian gravestone found outside the shop, belonging to Dok-Ondar’s parents.

The base opens up to reveal a small compartment.

Check out the new Sarlacc creature also from Dok-Ondar’s.