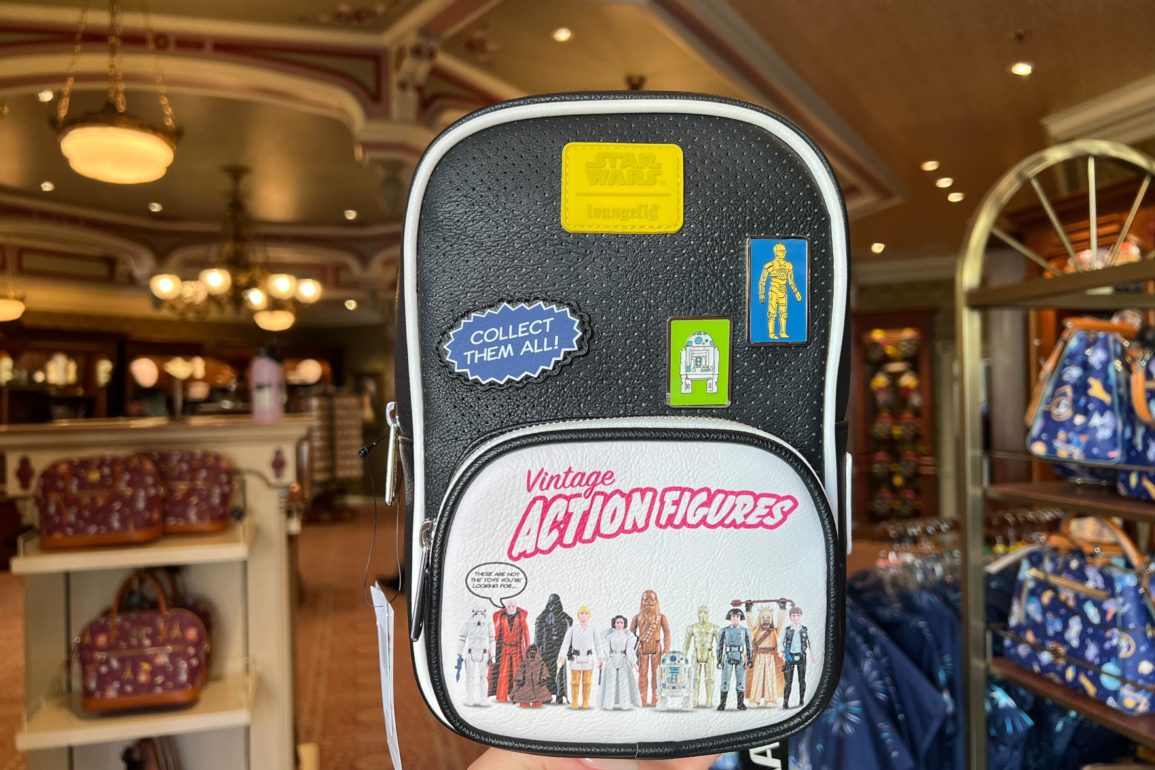 A new Loungefly backpack featuring vintage “Star Wars” action figures has arrived at Walt Disney World. This is part of an ever-growing collection featuring the retro toys, which also includes a Spirit Jersey. We found the backpack at Uptown Jewelers in Magic Kingdom.

This is not a traditional Loungefly mini backpack. It is instead a sling backpack style.

The front has tiny holes for pins and includes pins of C-3PO and R2-D2. A patch reads “Collect them all!”

The front pocket is white and reads “Vintage action figures” in pink lettering. Below that is a row of “Star Wars” figures. The Obi-Wan Kenobi toy is saying, “These are not the toys you’re looking for…”

A patch for the 45th anniversary of “Star Wars” is on the side.

The patch features an image of Luke Skywalker from original concept art.

The back of the bag features some of the action figures with their names.

Among the featured action figures are Luke, Leia, Han Solo, Chewbacca, Darth Vader, and a Stormtrooper.

The back also features a yellow order form.

The strap is patterned with the “Star Wars” logo.

The strap is adjustable and has a buckle.

The interior of the backpack is patterned with more images of action figures.

Will you be carrying your own “Star Wars” action figures in this new backpack? Let us know in the comments.

Previous
Afternoon Virtual Queue Full Within a Minute for Guardians of the Galaxy: Cosmic Rewind at EPCOT