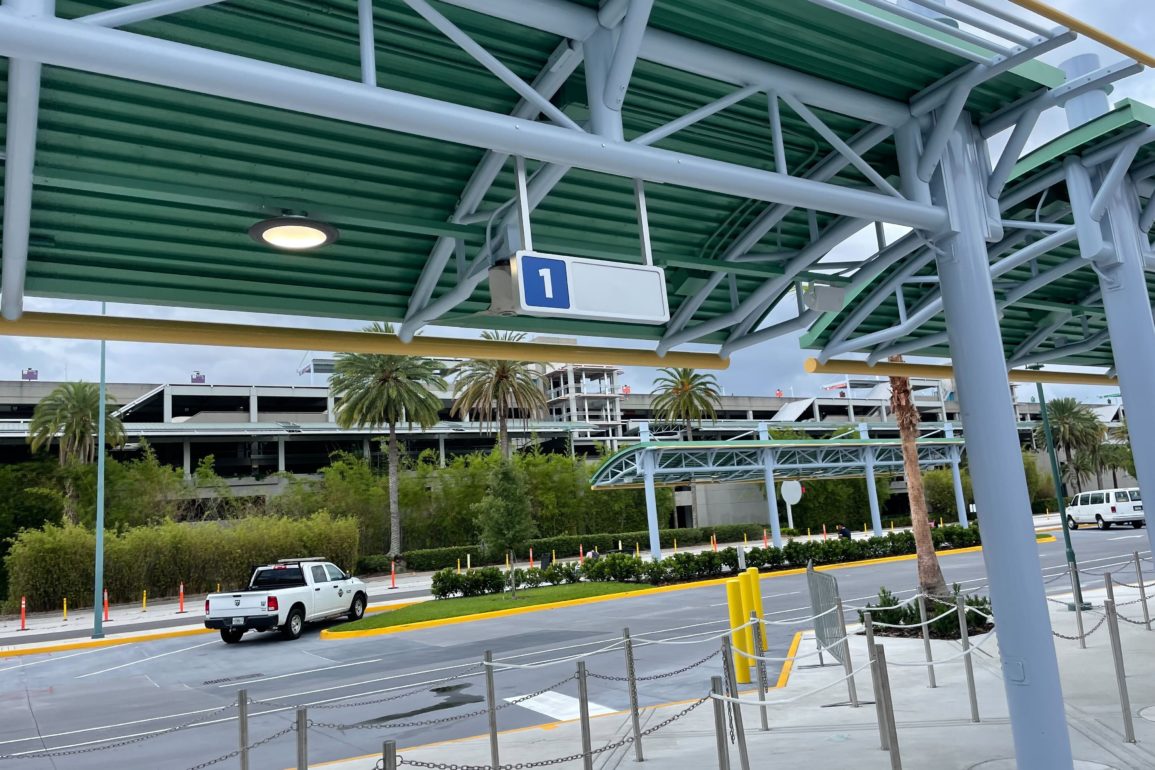 The Universal Orlando Resort bus loop was demolished last fall and rebuilt from the ground up. The loop has been open for a few months while final touches are added.

Numbers have now been added to each bus stop at the loop.

The numbers hang from the awnings over the sidewalk.

Each number sign has a space to eventually put destination names.

A schedule of bus routes is posted at the end of the loop.

This structure looks like it will eventually hold a digital board that could display the schedule instead.

The bus loop is next to the Universal Orlando Resort walkway leading between the parking garages and CityWalk.