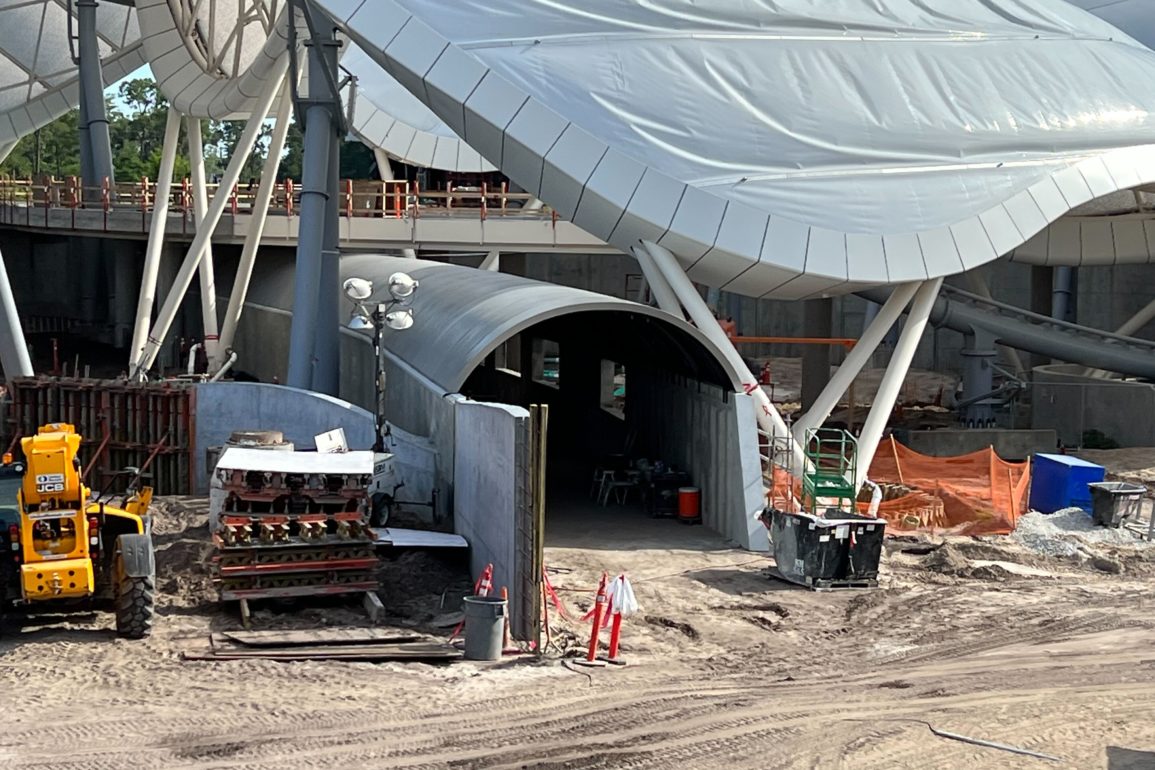 The tracks end right in front of the TRON Lightcycle / Run sign outside the construction site.

A cart and a few other construction materials sat next to the track, but it looks mostly completed.

The new track stretches through the Storybook Circus station.

Vehicles and materials have moved out of the area for now.

The Walt Disney World Railroad is closed due to construction of TRON Lightcycle / Run.

Crews have mostly been working on the new coaster’s entrance and exterior walkways.

Curved concrete walls outline a second walkway that will go beneath the first.

The second walkway may connect Tomorrowland to Storybook Circus.

The ground has mostly been flattened in the area.

There is a planter between the two walkways, with a wooden railing around it.

Crews have been adding a second layer of pavement to the main walkway.

A short strip of wood crosses the walkway to another planter. The sidewalk in front of the wood has yet to be repaved.

Paving carts sit at the end of the walkway.

A curved wall partially encased in concrete connects the walkway and the neighboring train tunnel.

The curved tunnel roof seems to be complete on this side of the coaster.

The end of the curved roof is slanted.

A stretch of tunnel wall still has exposed rebar sticking out of it.

Some construction materials sit inside the tunnel.

At the entrance to the coaster, two large crates sit beneath the small canopy framework.

From Storybook Circus, we got a look at the lockers building.

There is still some exposed weather-proof sheathing around the building entrance. A steel piece was recently added above the entrance.

It looks like crews have finished installing white paneling around the edge of the canopy.

We could see some grey sheets still stuck to the paneling behind a tree.